I’ve been playing a lot of Pocket Camp again lately. Partially due to wanting to finish up some loose ends (getting villagers I need, getting everyone to at least level 15 for new items to craft (I’ll go for 20 for each after and each milestone in steps after that), and just generally “preparing” for Pocket Camp-New Horizons Collaborations), but also because with New Horizons so close, I just really want to play some Animal Crossing and as much as I adore New Leaf, I’m super paranoid about messing up again and still kind of bummed about not getting to go through all these Dream Addresses due to my capture card dying (at the very least, it’s an easy fix if I ever manage to get that sent in).

Pocket Camp, as frustrating as it makes me, is a lot quicker to just pick up and at least not worry that all my villagers abandoned me and my hair has become an unruly mess as I stayed in my camper for months. There’s also no cockroaches so that’s nice.

But even ignoring my Animal Crossing kick and the easy pick up of Pocket Camp, I also just can’t resist some of the new outfits: 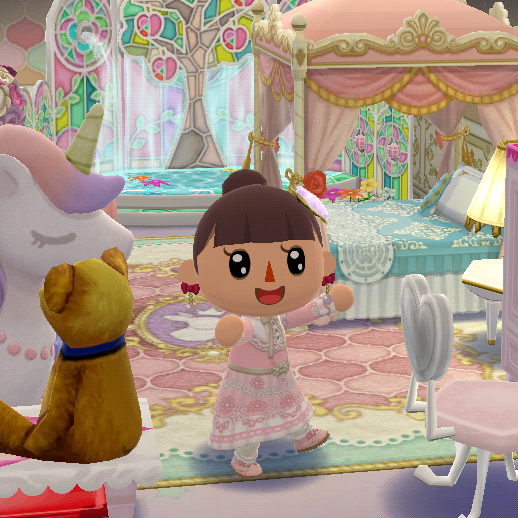 This pink dress and adorable pink boots? Perfect and also one of my favorite shades of pink.

Picking between that and the Princess dress is hard, but I figured a change was worth it for a bit. As much as I love Princess dresses, I really love casual frilly dresses too. 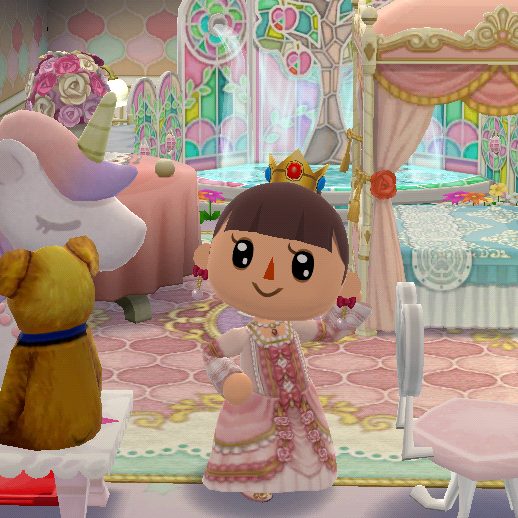 I also really loved this dress as well:

Unsurprisingly, I could not resist the new earrings. I’m still not sure what I’d say is my “default” outfit in this game with the amount of dresses I just really adore, but my camp site continues to barely change: 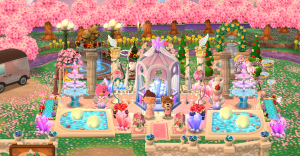 I don’t think it ever really will. Maybe if we get an Amenity I like better. At the very least, if we ever have more space, I’d likely add on to it, but that’s it. I really hope the items I’ve used could show up in New Horizons though as I’d love to try and set up a nice area using a lot of the same things.

In general, I have mixed feelings about most of my other set-ups (mainly due to having issues working with the space given with how large some items are), but part of it is there’s just so many items I like too. 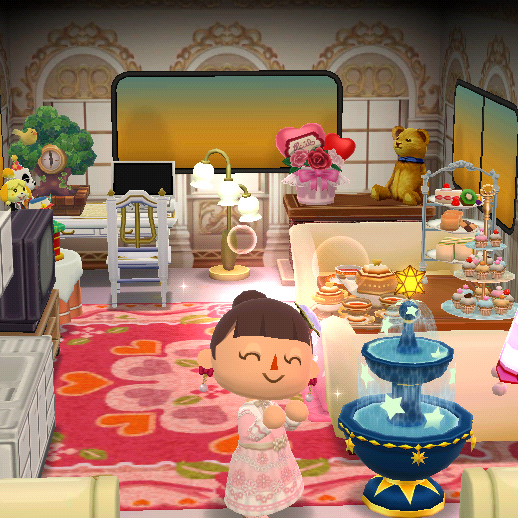 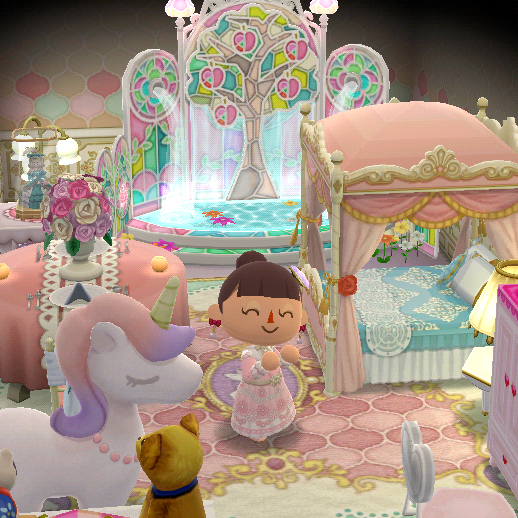 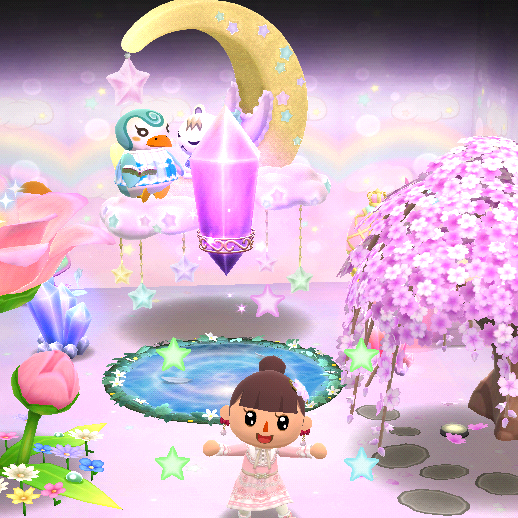 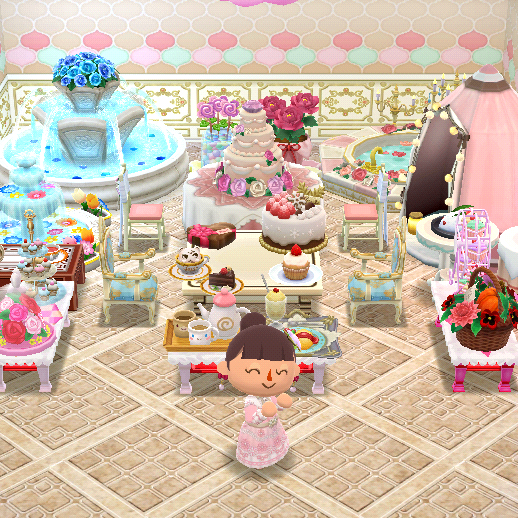 I’ve also managed to somehow finish the gardening event as my friend’s list is clearly better at this than I am.

I don’t know if I’ll finish the “hard challenges” part. I have yet to finish one, though, this has been the closest I’ve gotten so maybe something will happen before it ends. While I hate the gardening events, I genuinely love the cutscenes at the end so I do wish I had an easier time completing them. Unfortunately, I just find them too stressful to really deal with.

And I’ve been thinking a lot about how I would change things in Pocket Camp and why it bothers me and after recent situations in another mobile game I play that features customization, I realized a huge issue is that Pocket Camp, while yes it is for Animal Crossing fans, a large focus is honestly for those who play games with a lot of customization. And while this doesn’t apply to everyone, a lot of them are very impatient and/or kind of selfish. And by that I mean an update can happen and if they finish the content and there isn’t new content within 24 hours, they start complaining. Similarly, older events can’t stay around to participate in because it’s considered an “eye sore” if they constantly have to see something they have no interest in or it’s out of season.

And I think that easily explains a lot of Pocket Camp’s choices along with the constant events. But as an Animal Crossing fan, it’s so overwhelming and completely against the principle of the game. If you focus only on items you want or maybe your favorite villagers for the like… memories and certain events, it may not be as bad, but as someone who likes collecting everything and loves seeing all the cut scenes, it’s actually really disheartening. And considering these types of things are a large part of Animal Crossing, it does make it a bit pay to win.

I feel like Pocket Camp could really use a Premium version (not a subscription, a premium to buy) alongside an option for a free version as is as a lot of the recent issues can be pinned down to three specific factors: Constant Events, the overuse of Gulliver, and Fortune Cookies– all which can only really be a little less of a burden if you invest leaf tickets into them. So, general ideas on how things could be different:

I don’t even really have an idea for the map feature. I kind of hate it, to be honest? But I think how it works is fine, it’s just not my way to play things and I usually use Leaf Tickets to auto-complete for every Villager. Just Villagers really shouldn’t be part of it. All the other materials? Sure, fine. Having Leaf Tickets while gambling with bells? That makes sense and works. I just don’t care for this mode at all, but I don’t think it’s a bad feature outside of tying villager maps that you get from Gulliver to it (which getting villagers through Gulliver was silly in the first place).

There’s a lot of little things I can think of too like I wish we could let Villagers know we made something versus needing to invite them and place it (not to mention get the crafting recipe without inviting them) or just wanting better ways to organize things. I still think Storage shouldn’t be a subscription service.

I will say if I ignore all the things I’m missing, Pocket Camp can be a bit more fun, but as someone who loves to collect everything, I just feel a little sad to know I’m missing out, even though it’s a lot less stressful to play this way.