I ended up going out today (a rare happening as allergies and asthma suck) with my boyfriend to go to the movies (we saw Captain America). I was surprised to not really get any StreetPasses (so many people in the shopping mall), but did at least get two when we stopped at Starbucks for some Iced Chai Tea: 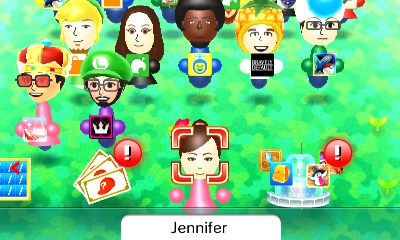 I sadly only got one puzzle piece and not much help in Flower Town (didn’t do Mii Force as it’s gotten to the point where I need at least 5 people to stand a chance, Warrior’s Way as they didn’t have any of the extra games and the only achievement I still have needs people with the game, and Monster Mansion because they were both different colors so it wouldn’t help with my puzzle box problem), but I did also get them in Nintendogs + Cats, Style Savvy: Trendsetters, Animal Crossing, and Fire Emblem: Awakening.

Since I already had Animal Crossing in, I decided to start there. After that, it was Style Savvy: Trendsetters. After making Nicole a nice outfit, it was a trip to a restaurant to discuss our clothing stores:

Nintendogs + Cats was next: 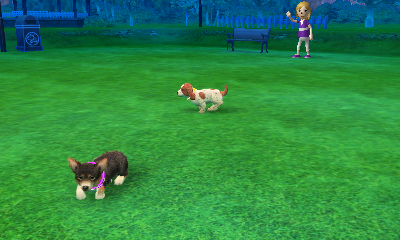 I got a Blue Polka-dot bow from Princess and met her in the park with her dog :3

Finally, it was time for Fire Emblem: Awakening. I’m actually super behind on clearing out StreetPass for it (33/50–originally it was at max so I have gotten it down) as I’ve long beaten the game and it’s mostly grinding for supports at the moment. I still made sure to take care of one–although, I don’t think it was who I passed today: 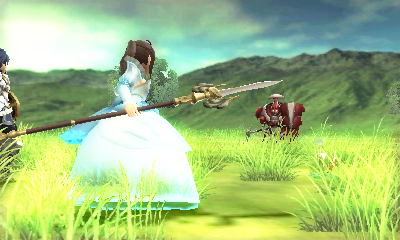 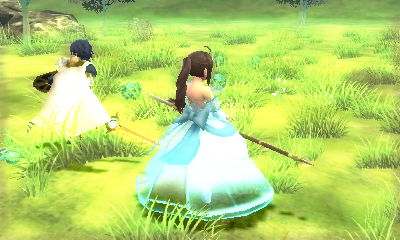 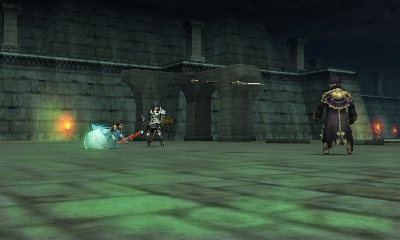 I wish we could’ve like…selected a player color at the beginning kind of how some of Lissa’s outfits are yellow and some of Maribelle’s are pink. I’d totally pick pink and then maybe my pretty Bride dress could be pink instead T__T (I also wish it was tomes instead of bows… I feel bows for the male class and tomes for this class would’ve worked much better than the reverse..)… It could’ve been so pretty: 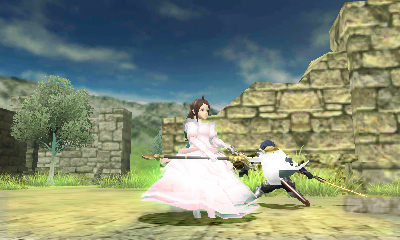 (Ignore the fact that it’s an awful edit) Original: 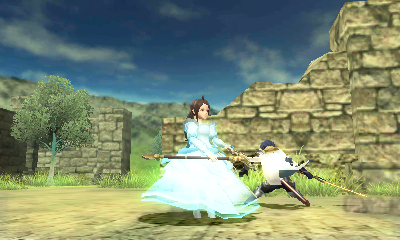