Now, if you’ve been here before or follow any of my content, you’ll know Audino is one of my favorite Pokemon– #4, in fact! And you may be thinking “wait, what do you mean #4??” and that’s because specifically Audino’s Mega Evolution is my #1 favorite. Second is a tie between Slurpuff and Alcremie and third is Dragonair.

Regardless, I knew Megas would eventually make their way to Pokemon GO so as soon as Audino was announced to FINALLY be showing up, I was ready. Or well, as ready as I could be considering.

It was appropriately around for Valentine’s Day as Audino is lovely, a Pokemon Center Pokemon, and genuinely cares about your wellbeing which is why it’ll heal you even as some of you mercilessly harm it for experience. Alas, to reference it’s “rare” Shaking Grass only appearance in Gen 5 (which let’s ignore that it wasn’t THAT rare and also was common enough in future gens), Audino was made relatively rare and hard to find.

If I had to figure out my biggest problem with Pokemon GO, it’s that it’s incredibly inaccessible to a lot of people especially for a series with so many fans. There are absolutely people who feel it’s done right as Pokemon GO is supposed to get you “out and moving and exploring” but I think it’s a lot more complicated than that and it’s not something that is super easy for everyone.

I suffer from extreme environmental allergies and asthma. Trees, Grass, certain bugs, and dust are just some of the things that trigger my allergies. Add in breathing issues and the tendency to get Sun Stroke at the first sign of Summer and I can’t always go out as much as I want to. Not to mention us currently being in a pandemic where someone with multiple breathing issues would be at risk so!

I also happen to live in a place that just does not get many Pokemon spawning. We had a decent amount during the original footprint days, but it’s only gotten more barren and with no PokeStop or Gym in reach, Pokemon GO has always been kind of a struggle with me usually only hitting goals and completing research during shopping trips or vacation.

Because of that, unsurprisingly, I never saw a single Audino near where I live. And while we did end up going into a more populated area once for some errands, I only saw two, was only able to interact with one, and it ran away after one throw. Needless to say, I didn’t catch an Audino during the Valentine’s Day event.

At this point, my general hope was that, well, it should show up regardless right? It’s been introduced? But I still never saw one. And while a friend was kind enough to hold onto one for me, between the lack of an online trade system and the pandemic hitting, we weren’t going to see each other anytime soon.

In June though, a new Special Research was available– Throwback Challenge 2020 Champion. It cost money to buy, but knowing Audino was part of it and would be guaranteed, I immediately bought it.

Unfortunately, despite my high hopes, I then immediately got stuck on the second Research task requiring me to do 15 Raids and Hatch 15 Eggs. We are well into a pandemic, I already mentioned I can’t even go out that much normally, and the only gym near here nobody participates in.

And while Remote Raids are helpful, there were still a few issues:

I tried not to get too upset about it– after all, at the time, Pokemon GO still hadn’t announced Mega Evolution was coming so despite my general anxiety, I did my best to stay calm and do the best I could at the moment.

Of course, that changed when over a month ago, we not only got a trailer confirming that yes, Megas are being added, but Mega Audino also got a front and center moment at the start after Mega Charizard and Mega Gengar and before Mega Lucario— all very popular Megas even before it’s fairly prominent part at the ending group shot. 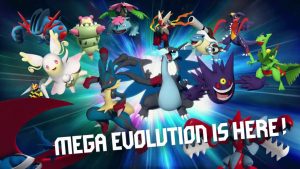 Mega Audino does not get much love. It is one of the few Megas that didn’t even receive a plushie (only getting a Poncho Pikachu one because clearly we needed more Pikachu merch I guess) and even its creation was generally to fit in a place where they needed it, supposedly. It’s honestly a little disappointing as Audino actually had a decent amount of popularity that I thought it would’ve gotten more love with its Mega Evolution, but the fairy love was taken up mainly by Sylveon and Gardevoir while the “cute Mega” slot went to Altaria which had the Contest plot. Mega Evolutions in general have always been a mixed bag for me as I wish they were permanent form changes if anything and heck, some of them could easily be evolutions. Audino is a one stage Pokemon. I would’ve loved to always have a Mega Audino.

Regardless, it was here and even if it still wasn’t permanent (though, I can at least appreciate it out of battle so that’s an improvement. Considering the fact that Mega Evolution is supposed to be triggered partially due to that strong bond, the fact that it can only be activated when in battle is super silly to me), I really wanted to have an Audino to Mega Evolve and thus, I needed to get to work on these tasks.

For eggs, I ended up getting help from friends to help hatch them as I couldn’t personally go out. With that done, it left me with raids.

Thanks to Friends though and way too many Remote Passes, I finally managed to complete Step 2 after over 3 months.

There were still other annoying ones like catching a Dragon Pokemon and Battling another Trainer 15 times, but I did my best to push through the objectives to finally get my Audino.

I named her after the Audino I generally have with me in the main games, essentially thinking of them as the same Audino in my mind. She’s apparently very tiny, but still the best.

And unsurprisingly, I then immediately went and made her my buddy. 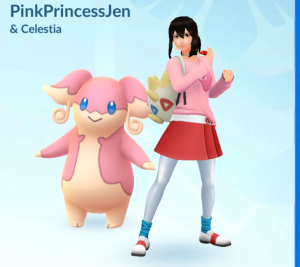 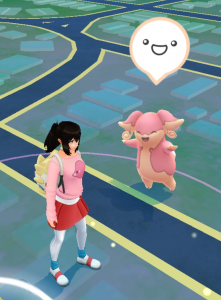 Now, it’s just a matter of waiting and doing my best to get her friendship up. So far, I’ve gotten her to Ultra Buddy and gotten three souvenirs from her so far.

I really hope I get her to Best Buddy before Mega Evolution hits. I’d love to also max out her CP, but I’m out of Audino Candy and Rare Candies so I likely will have a better shot at doing that once Audino shows up in raids Mega evolved anyway… And that’s when I hope to use a lot of Remote Passes, assuming I can even get the amount I need.

Part of me really wants to try and get more Poffins, but considering I likely will need to buy a lot of Remote Passes, especially considering the recent changes despite the pandemic still ongoing, I’m just doing my best with what I can. It’s impossible for me to get Audino to Full Excitement each day when I can’t really do everything so I end up getting 4-7 hearts a day depending on things. It’s not the best, but I feel like I’m at least making progress. 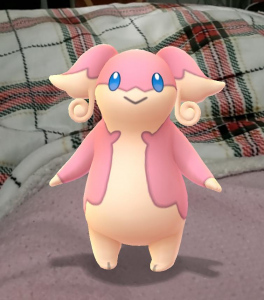 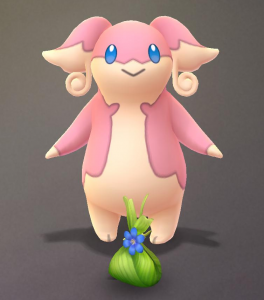 I’m not necessarily going to use her super hardcore in battle. Heck, I tend to avoid most of the PVP stuff and I just don’t have strong enough Pokemon for raids, but I’m just happy to have her.

I do hope Niantic changes up limits with Remote Raid Passes though. I never would’ve managed to win 15 Raids without them and this just isn’t really the place where I can find raids. They keep adding higher requirements for things– eggs that take longer to hatch, higher field research tasks, lowering how many gifts your buddy can find, increasing candy amounts and adding new evolution stones for new walls so people won’t be able to get things done right away… And as someone who can’t go out and play every day, it stinks.

A lot of people look at buying coins and getting items as paying to be lazy, but for people who have medical issues that may make it hard for them to play often and do everything, it often feels more like pay to win or more specifically, pay to progress.

My husband stopped playing a long time ago due to inventory and storage issues. We can’t get coins easily so he can’t upgrade his inventory or Pokemon Storage (which… the lack of free upgrade as they keep adding special variants too is an issue in itself… Not to mention more and more types of items) without paying for them. His inventory is full, his storage is full, and most of his inventory is just hoarded Pokeballs because, again, no Pokestop in range so we really can only stock up when we’re out.

I rarely have been able to send gifts to all my friends which has always made me sad. The changes for the pandemic actually let me do so and them lowering it back to 2 has set me right back into feeling guilty accepting gifts when I know I can’t send out anymore right now. I have to play a lot more methodically as well due to worrying about running out of Pokeballs with no easy way to restock even though I have tons right now because I’m used to having that issue. So I only focus on catching Pokemon I don’t have primarily with Pokemon I need more candy of secondly. It makes me complete field research slower as well as so many require catching certain Pokemon and with all the space and item issues, I don’t want to risk using up things I have for stuff I don’t need.

I really like the idea of just being able to hang out with these Pokemon and seeing them in a real life environment, but I know Pokemon GO isn’t necessarily a game “for me” as someone who can’t go out particularly often.

But I’m going to keep trying. And I will make this Audino a Mega Audino one day. But Hopefully much sooner than it took me to catch one. 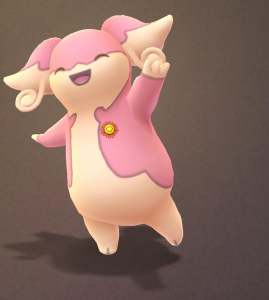 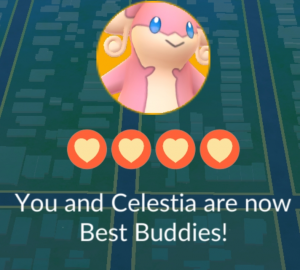