Even though I had managed to get a lot of the cataloging and DIYs out of the way, I still had plans I wanted to work towards before Halloween such as hoarding candy for the villagers and Jack along with collecting more pumpkins for DIY crafting. Even though I had no plans to use all the Spooky items, I liked to get all the colors for catalog purposes and craft each item for the completion checkmark in the DIY list.

And while I may have had the DIYs (minus any that you can’t get until Halloween), visting friends’ villagers who were crafting let me get pumpkins or candy so it was still helpful to try and pop by. Unfortunately, I haven’t seen my villagers crafting since I received the last of the Villager Crafting Halloween Recipes so I’m wondering if, since you can’t get extras, they just won’t be making them anymore unfortunately.

Meanwhile, my pumpkins had finally grown. I managed to get three of each thanks to consistent watering. I did end up planting other colors I had gotten from friends to make sure I had at least two of each color.

While I still don’t really enjoy these types of aspects for games, Animal Crossing making it so they can’t die or anything helps lessen the stress of it. The real problem is just the lack of room and with rumors of more possible things too plant for future DIY Recipe materials (as if we’re not suffering from lack of storage already), the lack of having any kind of farm area gets to me.

Especially seeing some of the lovely Pumpkin Patches friends have made. 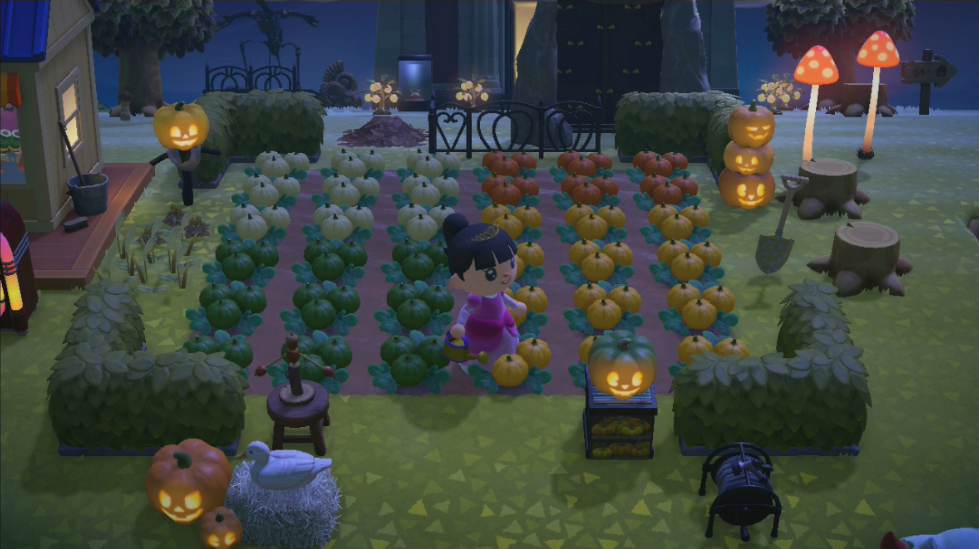 I had wanted to set something up with the Silo and trees as they did have some nice farming stuff– even making a stable with the Springy Horses, but it just didn’t work out due to lack of space. Even making it so I have only one of each color pumpkin, I only have 8 spaces left. I guess I could try to fit things somewhere though. Maybe just random crops somehow.

Outside of continued Halloween prep, I’ve gotten a lot of interesting letters from villagers– several of which have called out my weird sleep schedule lately. It’s like they know.

As for general island events, the last Fishing Tourney of the year happened recently which gave me my final stamp as I had gotten the Winter one when helping out at a friend’s Southern Hemisphere island. Celeste also stopped by!

Even though I don’t need anything from her still, she’s one of my, if not the top one, favorite special villagers so I always am happy to see her stop by. I still need to keep an eye out for Wisp though….

Finally, to end out some of the earlier preparations, I noticed the Villagers talking about Halloween decorations and changes in the air as Halloween gets closer. 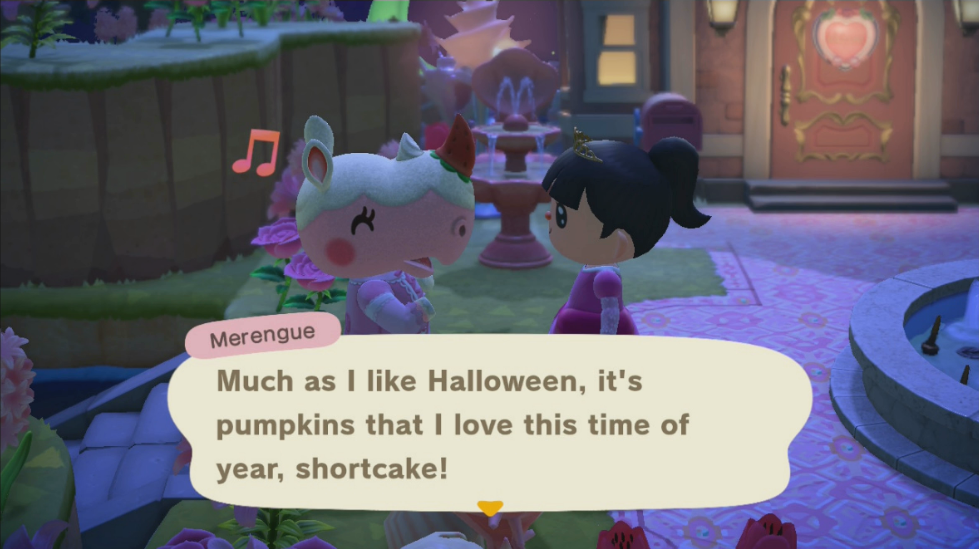 As for today, as mentioned, I had an opportunity to go on a special Island tour :) As for where… Well, you may recall when I visited Hellmann’s Island back in August due to their Charity drive where every spoiled turnip contributed a meal to Second Harvest. Hellmann’s decided to give their island a spooky makeover and reopen for Halloween, including some brand new special costumes showing the Scariness of Food Waste.

Hellmann’s kindly offered to let me visit with a special VIP Tour before they open to the public on Monday and having had a great time when I visited this Summer and being more than happy to help contribute further to charity, I was honored by their invitation!

And of course, after gathering up an inventory full of spoiled turnips once more, I made sure to dress-up for the occasion myself: 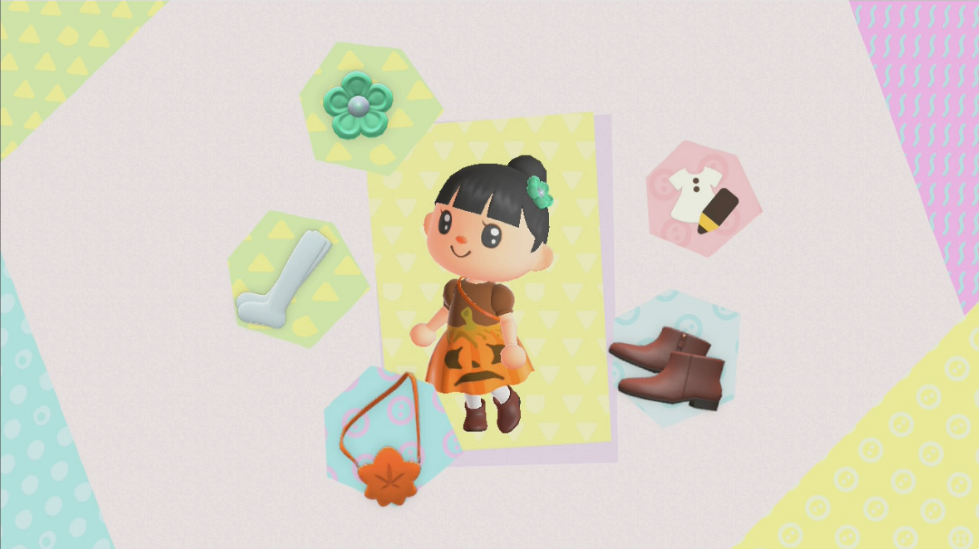 All set, it was time to go! You can find the video version of the tour here, but otherwise, here are some photos I took from their Spookified Island and Haunted House!:

And as a parting gift, I even received a lovely piece of candy! 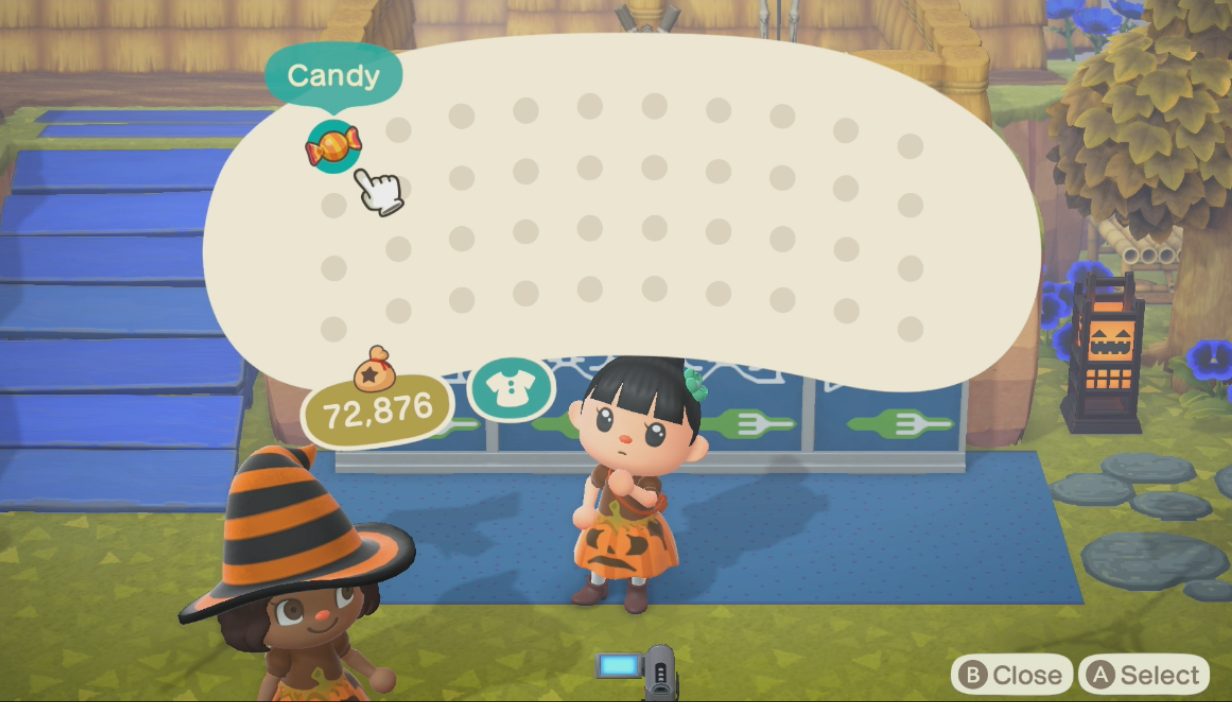 If you’re interested in visiting, You can DM Hellmann’s on Twitter starting at 2:30PM EST until 12:15AM EST from Monday, October 26th, 2020 to Friday, October 30th, 2020 for a chance to stop by! Don’t forget to bring a lot of spoiled turnips :) Or you can always donate directly to Second Harvest!

It was really nice to see them open again for something like this and I had a great time so a big thank you again to Hellmann’s for the invite! ^_^