One of the things I’ve been struggling a lot with in New Horizons is finding myself “happy” with my town. I adored my New Leaf town, but with New Horizons, something has always felt off. And I think part of it is that it’s missing so much of what we’ve had for a long time which almost makes some items feel like a lesser version to pre-existing ones.

But when you compare it to Pocket Camp, it especially feels that way. Pocket Camp has many extravagant items constantly releasing due to being a mobile game and having a gachapon system. There’s a reason I don’t really play it much, but I’ve spoken to a lot of friends who are frustrated seeing some of the fancy items in one game to what we end up in comparison, despite New Horizons being a main game in the series.

I don’t even know how I’d handle the amount of items Pocket Camp has. Inventory management is a huge struggle already due to a combination of lack of storage, smaller side rooms, and terraforming opportunities and restrictions (Like… something we can do in Happy Home Designer and Pocket Camp but not in New Horizons: Putting rugs on the ground). Even if you wanted to fill up every spot of land in your town, you’ll run into issues with certain things spawning and I’m still trying to figure out how to prepare for Snowballs when Winter hits.

Adding in that constant flow of items would be overwhelming in itself, but many of those items are fairly big and as much as I’d like to use them, I know I’d have no room.

I think a lot of people are familiar with my Waterfall Shrine area. 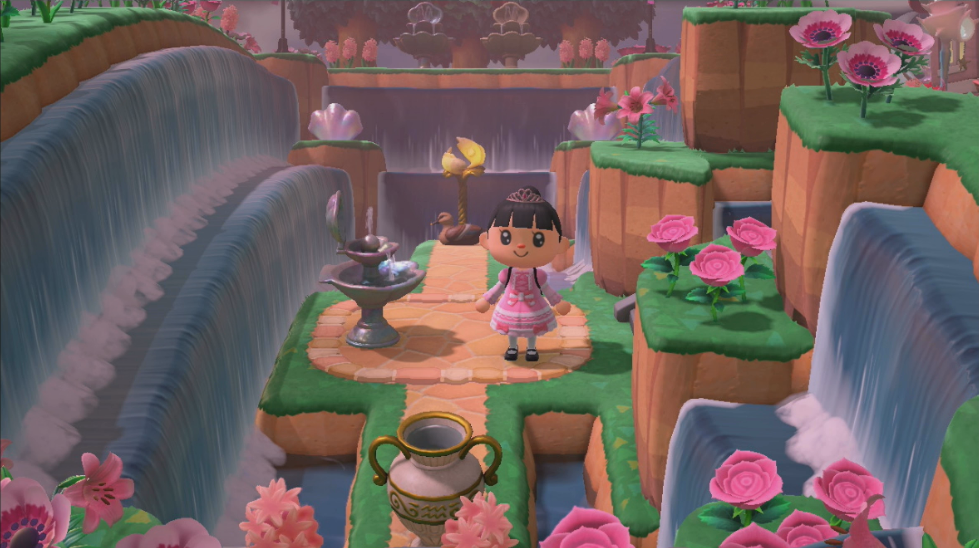 While it came out okay, it is just barely what I had in mind for it. Originally, expecting that you could still do waterfalls from a fourth level even if you couldn’t place any items, I expected my “house area” to be two plains up with stairs going down to the shrine area that would actually be a larger round platform surrounded by waterfalls (Think Phenac City crossed with Zora’s Domain) and stairs heading down from there. In the center, I actually wanted to have something similar to what my campsite looks like in Pocket Camp: 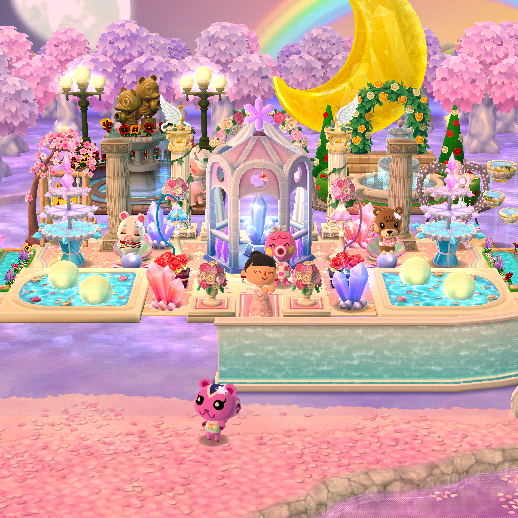 Obviously, that wasn’t possible. You may also notice it’s a bit updated from what you may see in all the pictures I show, but I absolutely love my campsite in Pocket Camp. We have WATERWALLS!! I still don’t really have a fence I super like in New Horizons (and have no idea why the mermaid one wasn’t released) and I would go crazy with that. And being able to have this perfect dreamlike sunset fairy aesthetic? Amazing. I love that kind of fairyland princess of the sea aesthetic and Pocket Camp let me have it, but New Horizons… Well, I’m just praying that the effect will be even close to as nice once April comes back around. I loved seeing the cherry blossom petals in the water of New Horizons and I’m glad I get to have that effect 24/7 in Pocket Camp:

When it comes down to it, especially as Pocket Camp lets you customize the appearance of the terrain, sky, and backdrop including the new 3rd Anniversary Backdrop and I have no idea which one is nicer:

We have lovely fairytale ground with fairytale trees and lovely pastel ground with a pink tree and a fountain and I do not appreciate being targeted like this, game!! The third anniversary event is even all pink ;~; Regardless, the real punishment here is that I can not fuse the two together. In general, there’s a lot of things in Pocket Camp where I’d love to pick and combine things and can’t so I guess if New Horizons ever did have a feature like this, I’d love to be able to mix things together a bit more.

Regardless, going back to my main point– Pocket Camp lets you customize a lot appearance-wise. When New Horizons told us we’ve be getting the option to do terraforming and the fact that there was only one grass style this time around, I genuinely expected we’d be able to customize the looks more too. I get a lot of people love using patterns and we’ve especially seen a great deal of Optical Illusions with the Divider Boards, but I personally have never been fond of it. I generally try to use patterns pretty sparingly (either for clothes, slight furniture accessories, or paths and that’s it) and optical illusions while they can make things look impressive, it’s generally from one angle and it may look nice in the moment, it’s not really something I find I enjoy fully and it’s why I never really did much of one in my town.

And I think unless you do that, due to the lack of options this time around (both in items and customization), it feels harder to make something truly unique. And like, just imagine if we could have different colored sand on our beach? There’s tons of different colors of sand in real world beaches and I’ve even seen people do patterns for it, but patterns can only cover so much.

I have such a love-hate relationship with Pocket Camp because I really love what I was able to make. Heck, most of those items are from early on in the game’s release and now it’s been around for three years. But it’s also the first AC-related game I didn’t finish the catalog because it became too stressful and it misses the core of what makes Animal Crossing.

But I love getting to hang out with special villagers and see all these new flowers (though, if they ever came to Pocket Camp, I’d just want normal plants…).

Or having special scenes with Villagers and getting a special item from them (I just wish I could give one too all my favorites…): 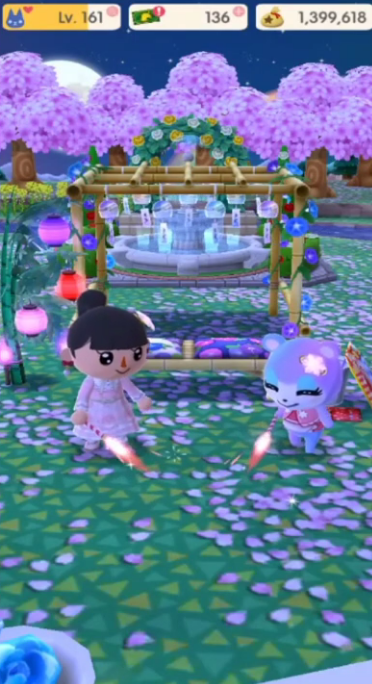 And how can I not love this camp site? 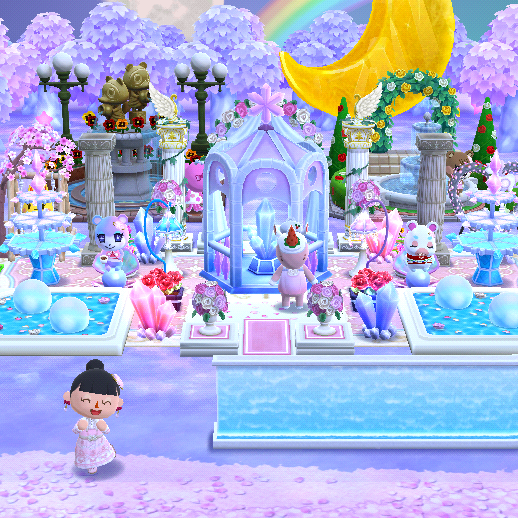 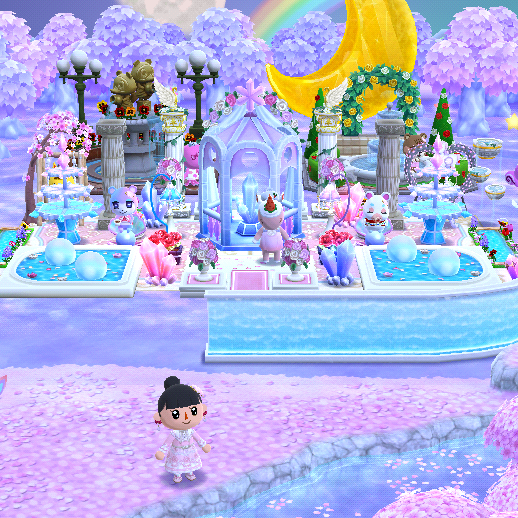 I just want to feel as satisfied with my New Horizons Island and I hope when next April does come around, I’ll at least feel pretty close.