So, this is an overview of the last few days and may include a few future things until the next big update comes out. As for why, well, I’ll explain more later in the entry.

I finally managed to finish Mother Gothel’s quest. Unfortunately, I didn’t actually take any screenshots… I was expecting another step or having to head over to the tree in the Glade of Trust to do something, but instead, Mother Gothel apparently took care of the Mid-Day Shard and the quest just… kind of ended anticlimactically.

Despite some frustrations, I did get some very nice new items from Scrooge’s shop. 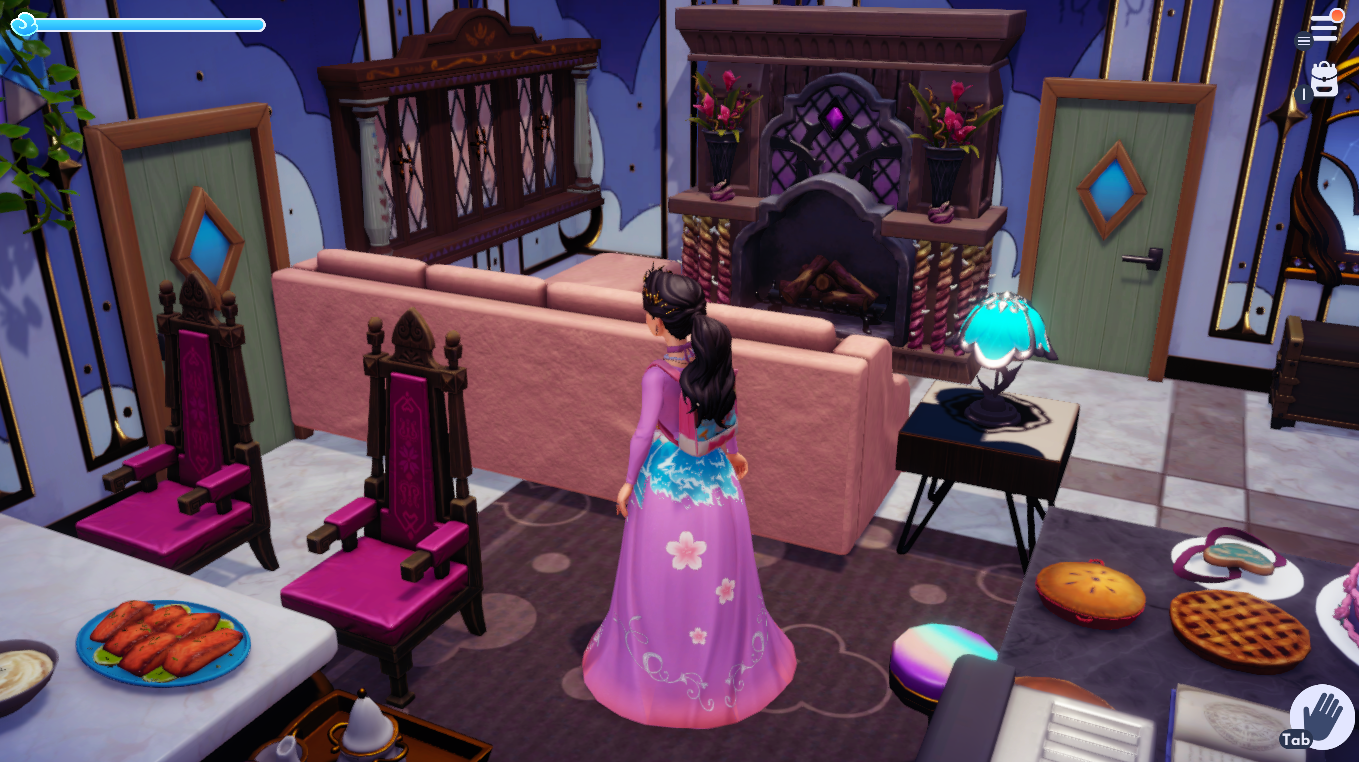 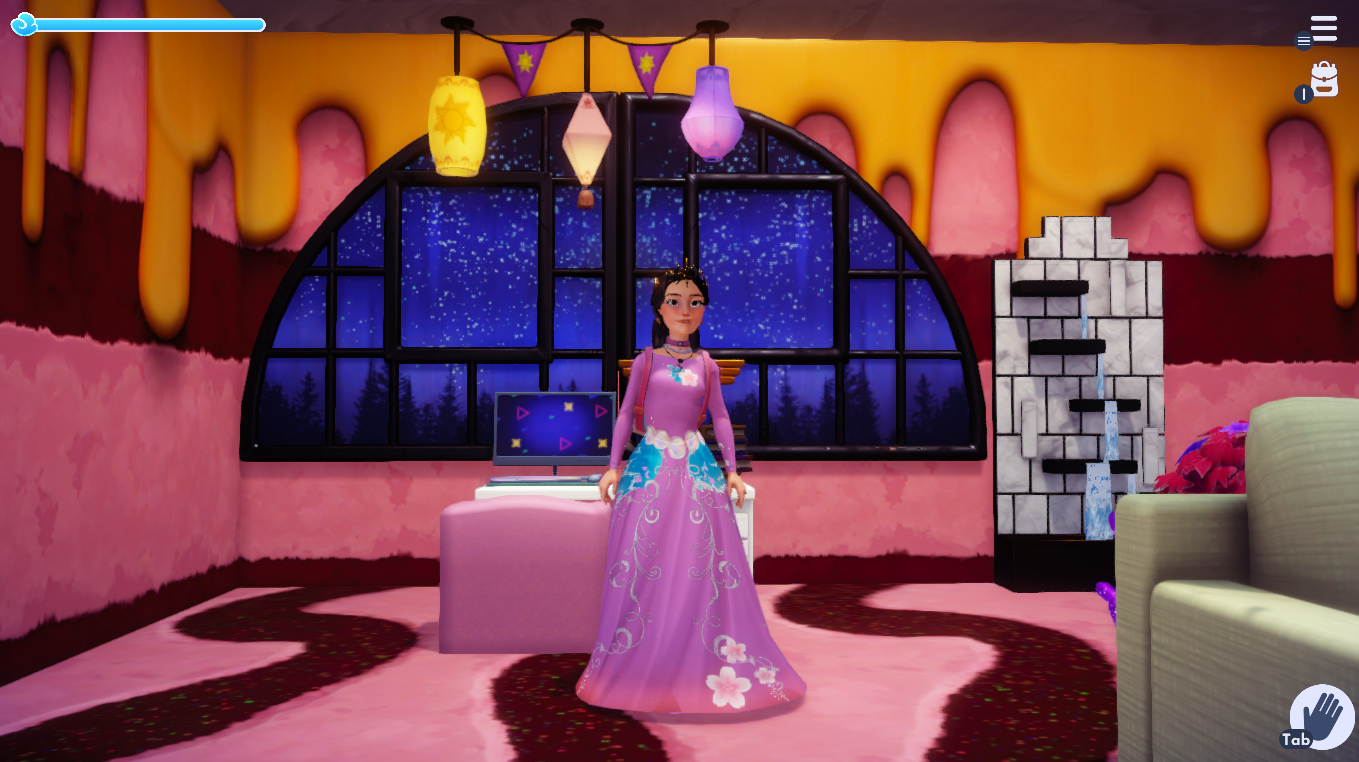 There’s a few items I’m still impatiently waiting to show up such as the shirt and jacket I really liked in the ADT and some furniture items I’ve seen other people get. Hopefully they’ll show up eventually…

I also spent some time upgrading my house, even though I have only 2/4 rooms on the first floor fully decorated and have no clue what to do with everything else. There’s apparently even more floors I can get which is kind of crazy. At the very least, I could have fun with themed rooms in the future. 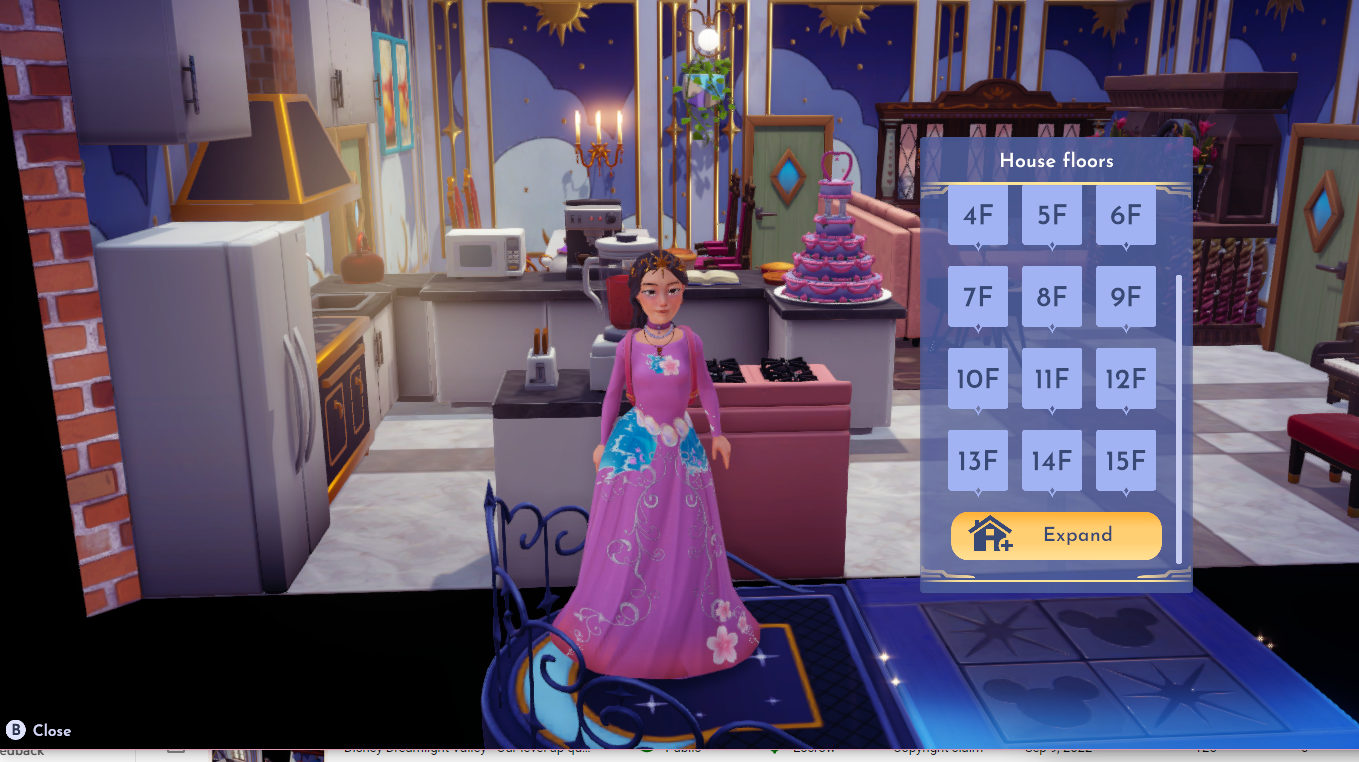 I also finally figured out what to do with that book I mentioned last entry. Turns out it can be used on the Bookcase in the same room you found the book in. It unlocked another hidden room including two gems we can’t actually get in the game yet. 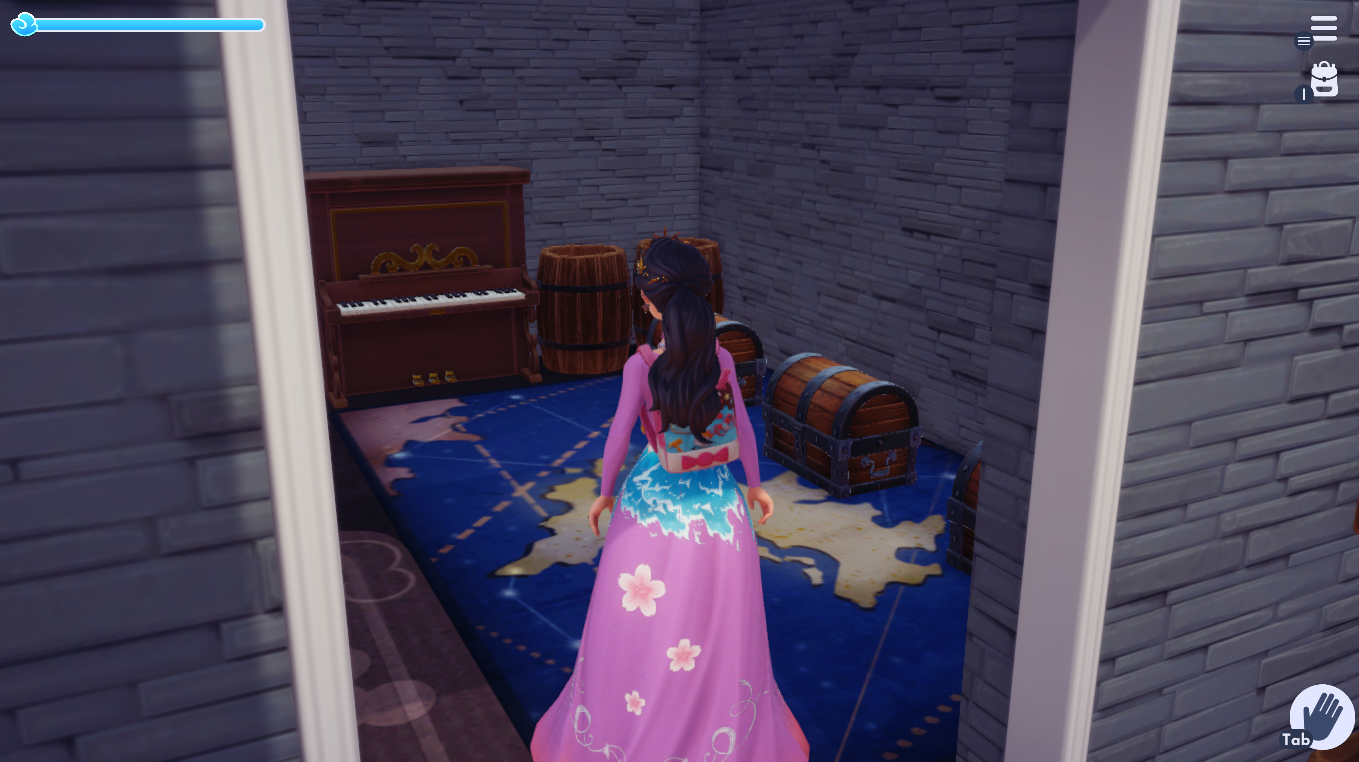 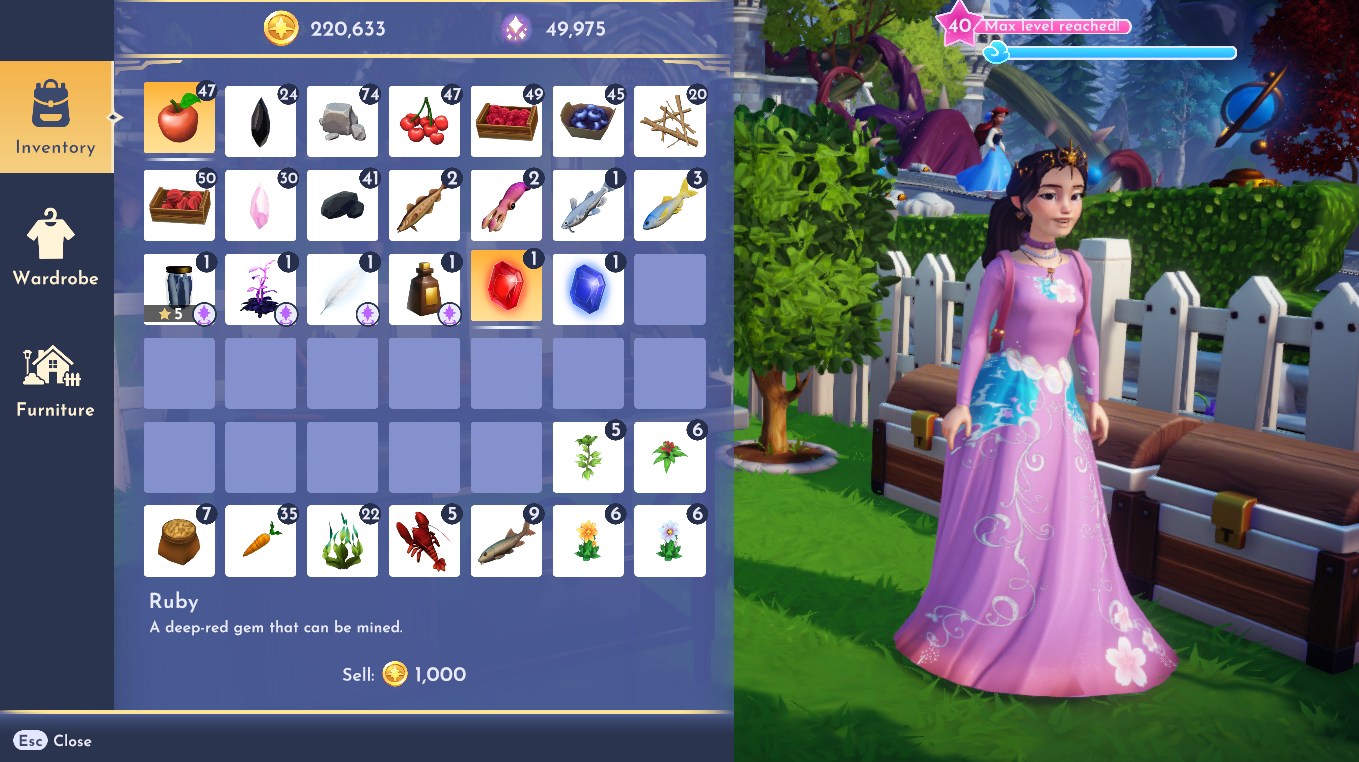 I decided to decorate the right room in my house to kind of a weird Fancy Study-Guest Room type thing? Since I put some of the leftover items in the Safe there. It looks kind of cute. 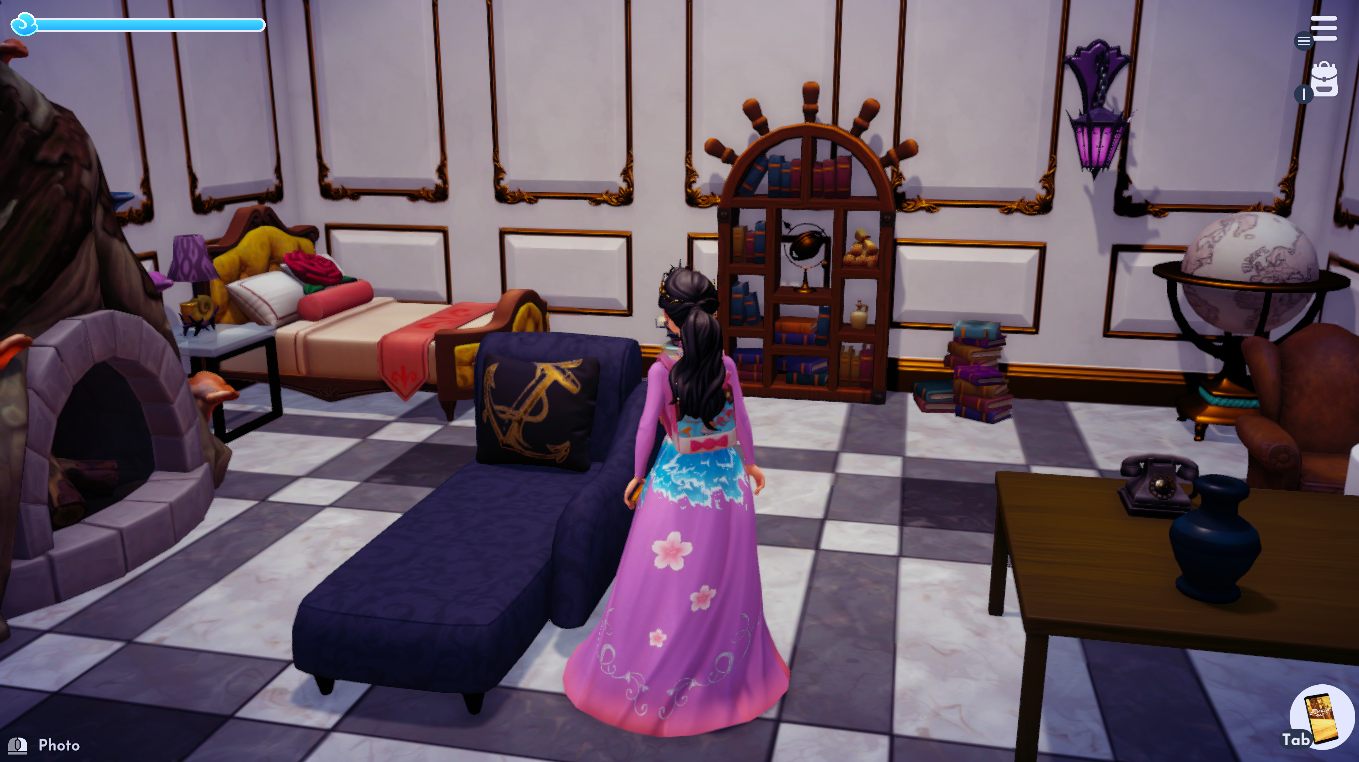 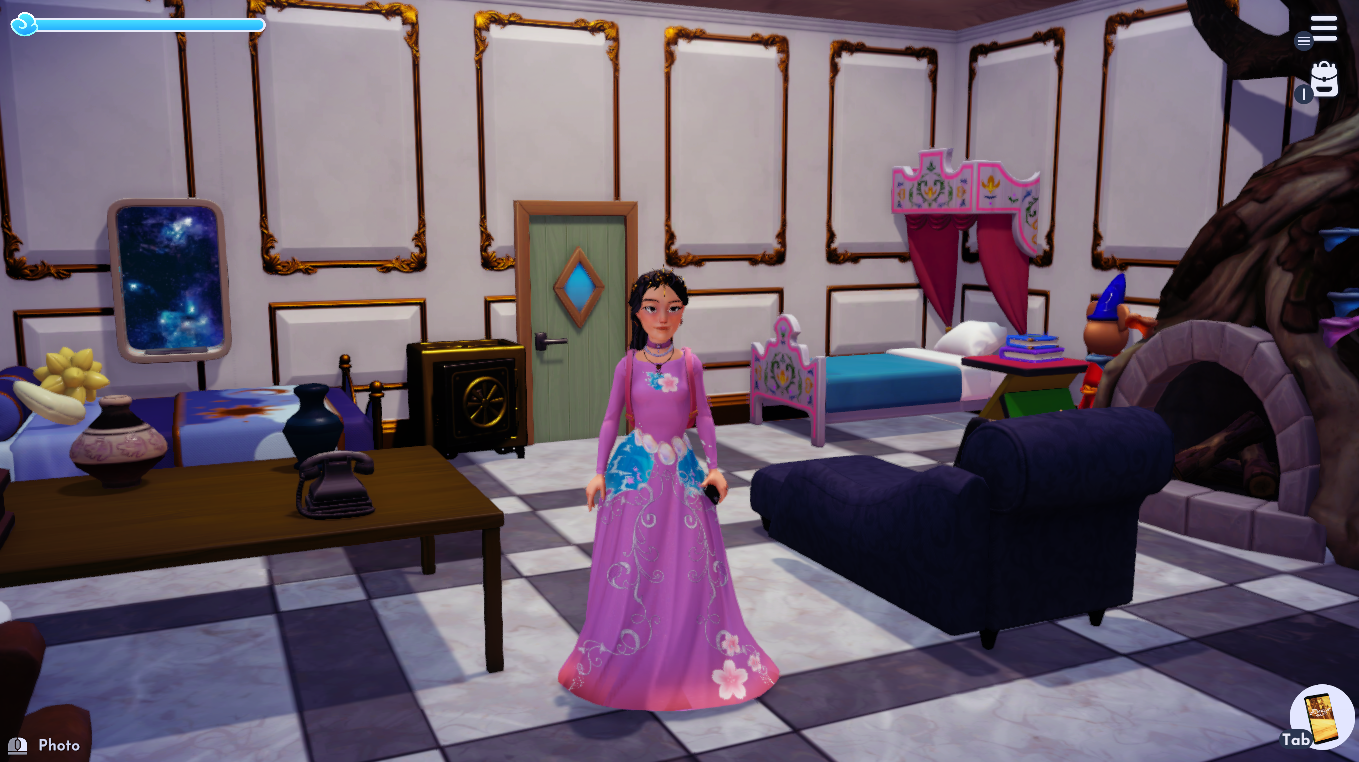 I also continue to add things to the Kitchen. 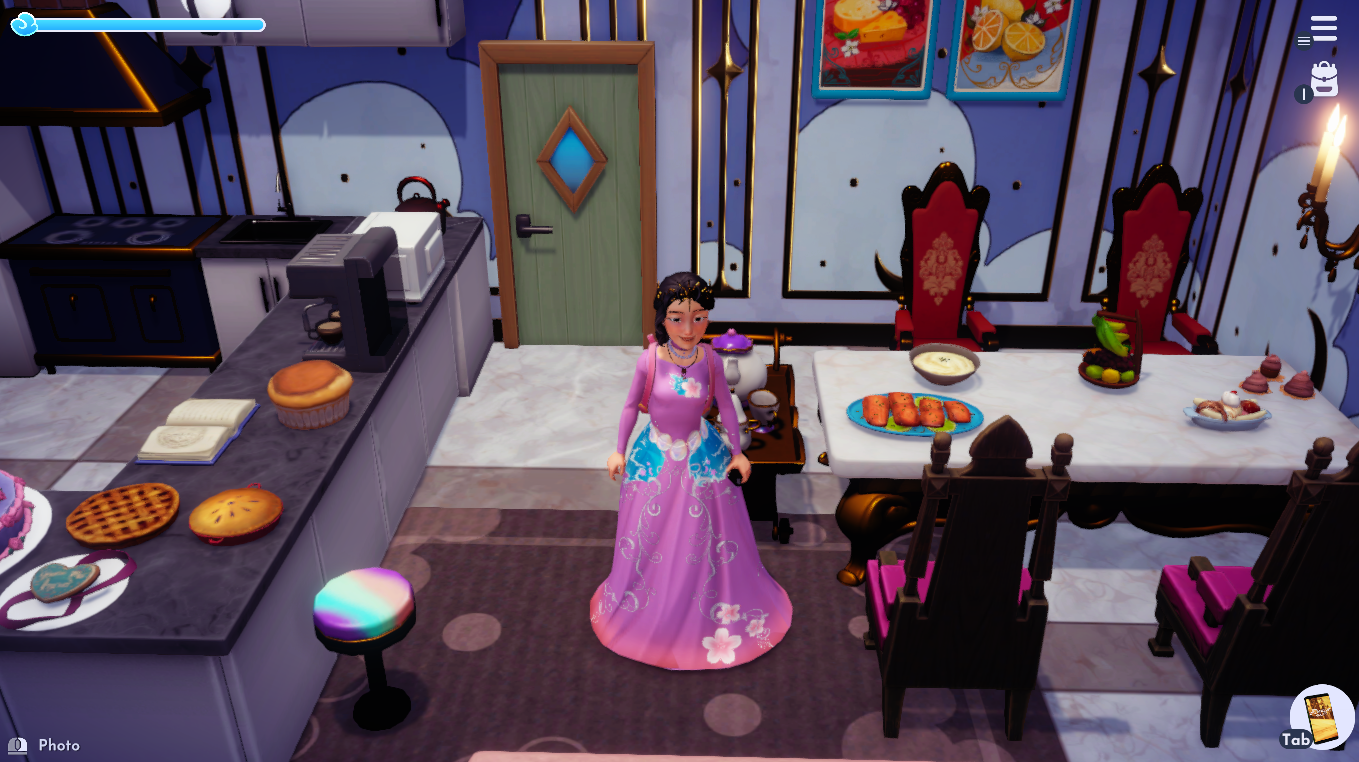 Speaking of Kitchens, all recipes officially learned! At least, until they add more…

I also spent some time fixing the pathing in the Plaza. It looks a lot neater now. And as you may notice, I’ve gotten a lot of the other items I liked from the ADT so far. 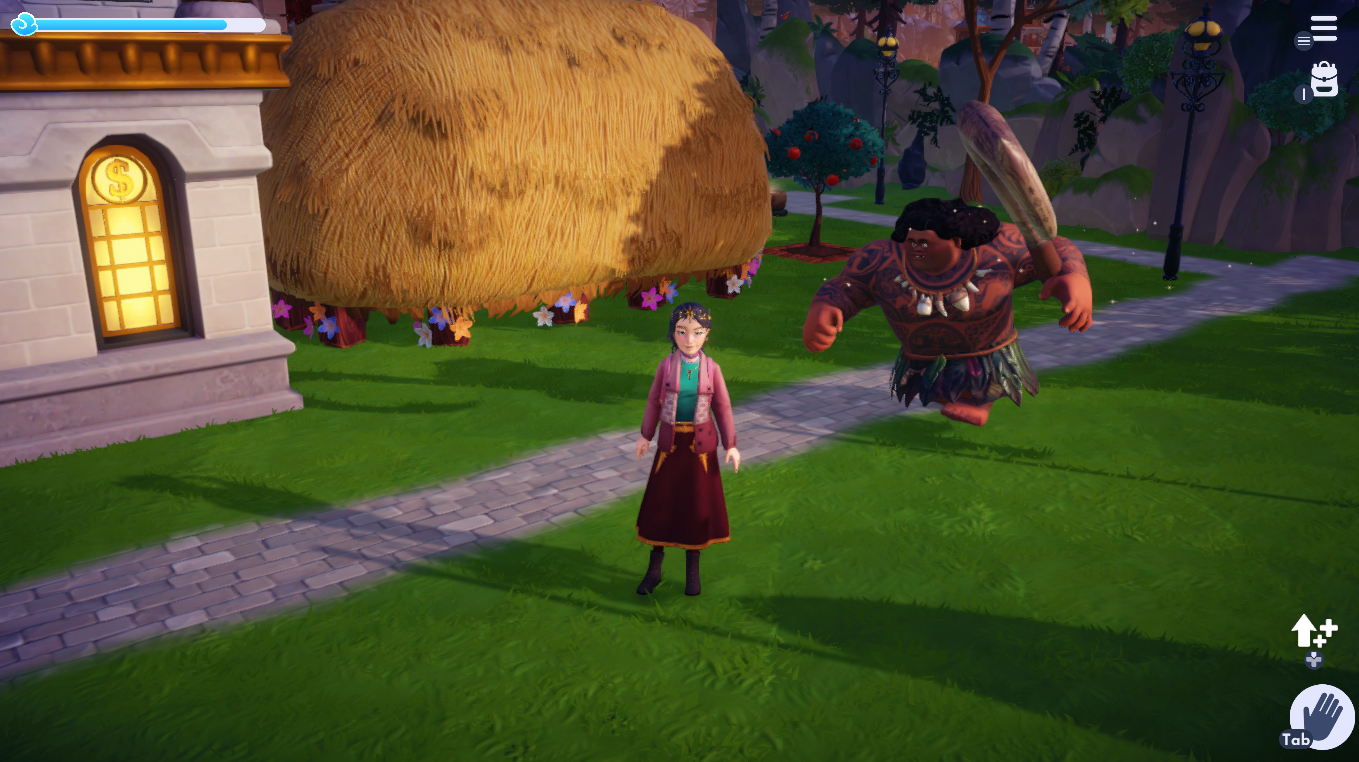 I also did a few more adjustments to the front of my house for now and added a bit more food in the Kitchen. 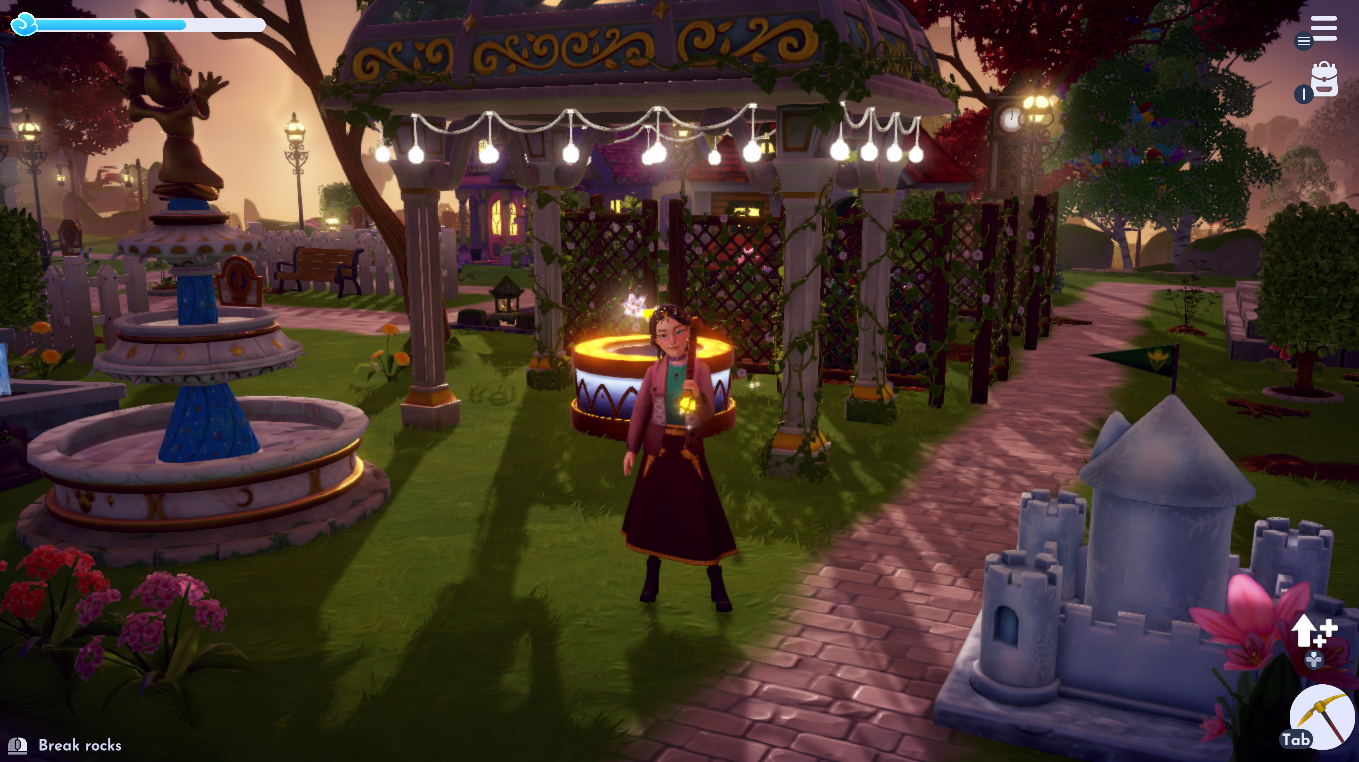 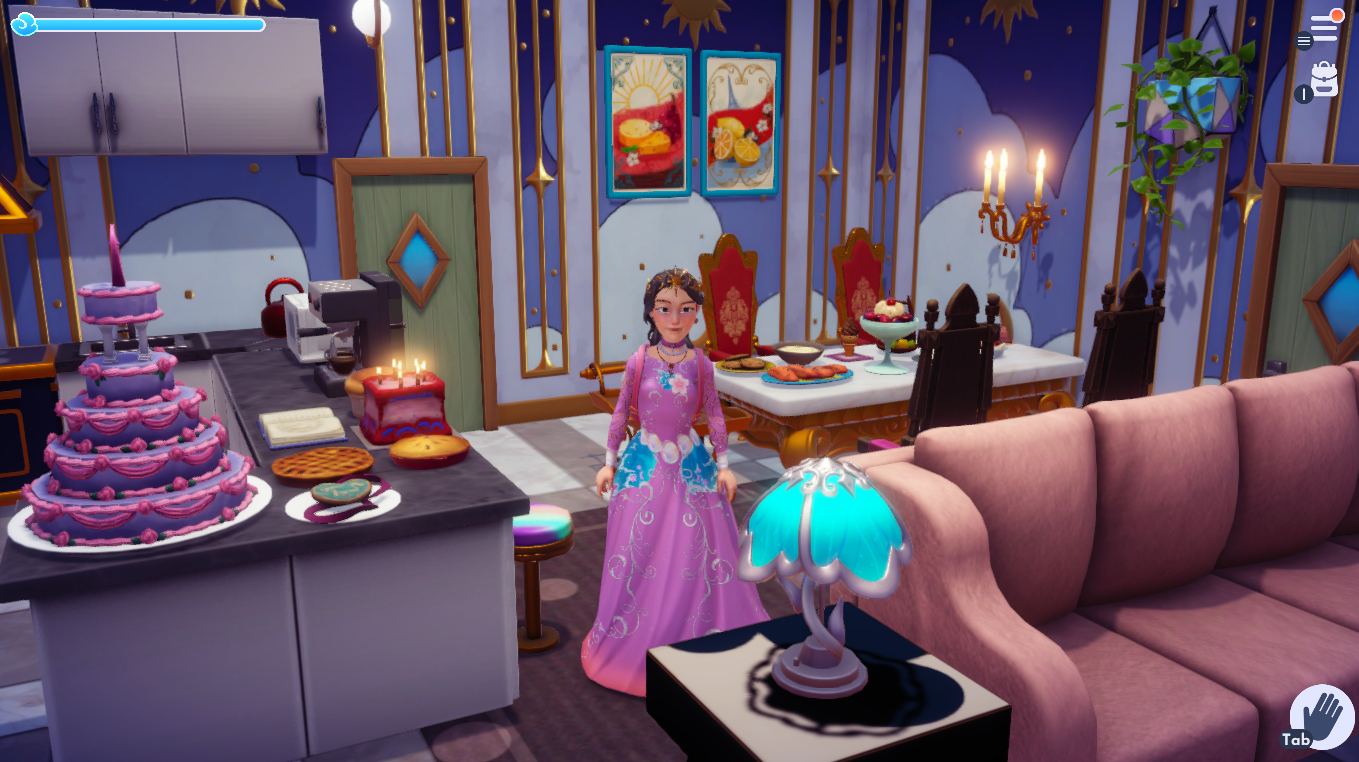 Plus, I added a little more to my custom dress as well. 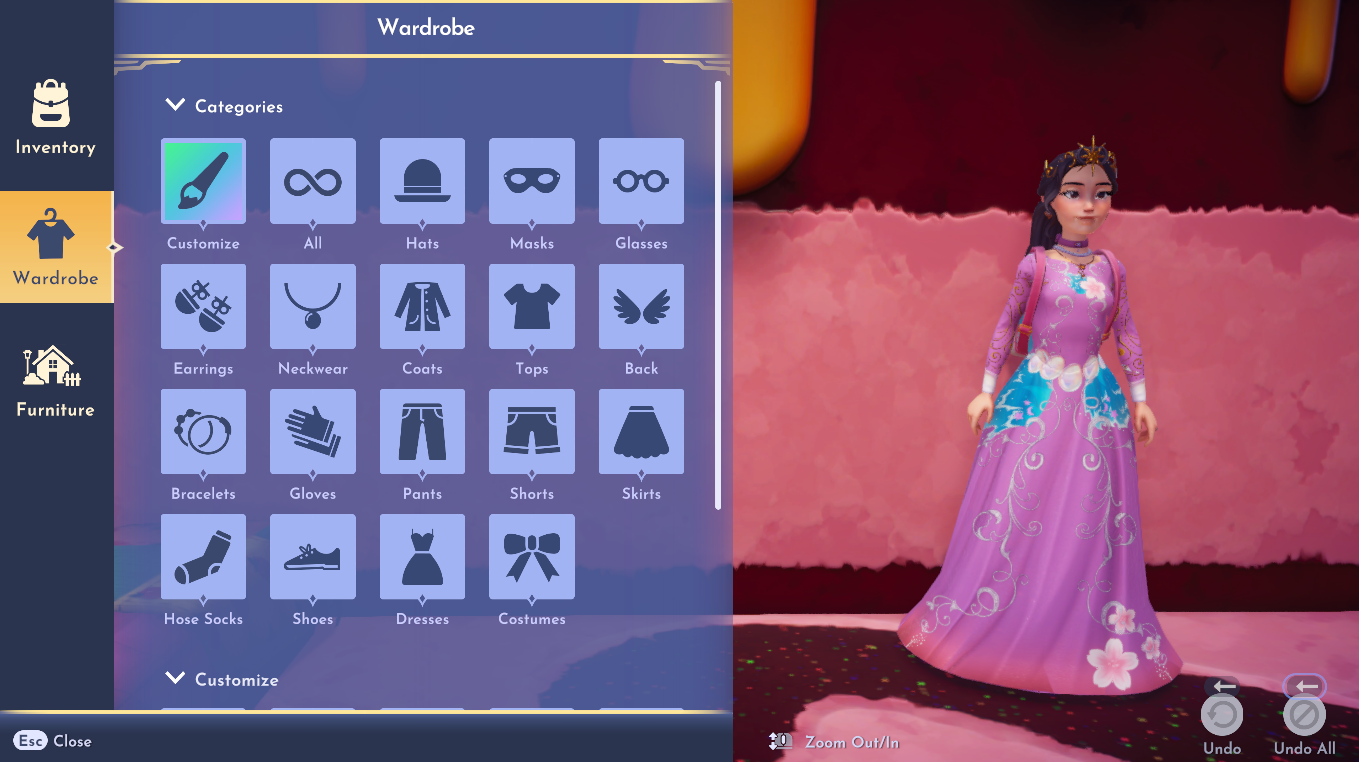 My next goals are primarily going to be working on getting as much done as I can with Collections, especially Critter-related stuff. I’ve also set up a Tips & Tricks page which I hope can help people out a bit.

As things will be a bit slow, I’ll probably edit this with some smaller goals as I complete them, but stay turned to my next big DDLV post whenever the next content update hits :)