While I know some people managed to grow their Orb faster, besides the fact that it was a method not recommended as it could cause bugs, my Orb never actually dried out thus far. It’s been raining near constantly in my game which has meant I’ve had to wait.

In the meantime, as mentioned on the edit of my last post, I worked on the special Halloween tasks (though, am still waiting to take care of that last one) and also have been going hard on Star Path tasks. I only have one left now: Catch 30 Fish in Sunlit Plateau which, obviously, also requires me to wait for the Orb of Nurturing to finish.

Despite this slight setback, I did, at least, finally manage to get this item in my Scrooge’s shop: 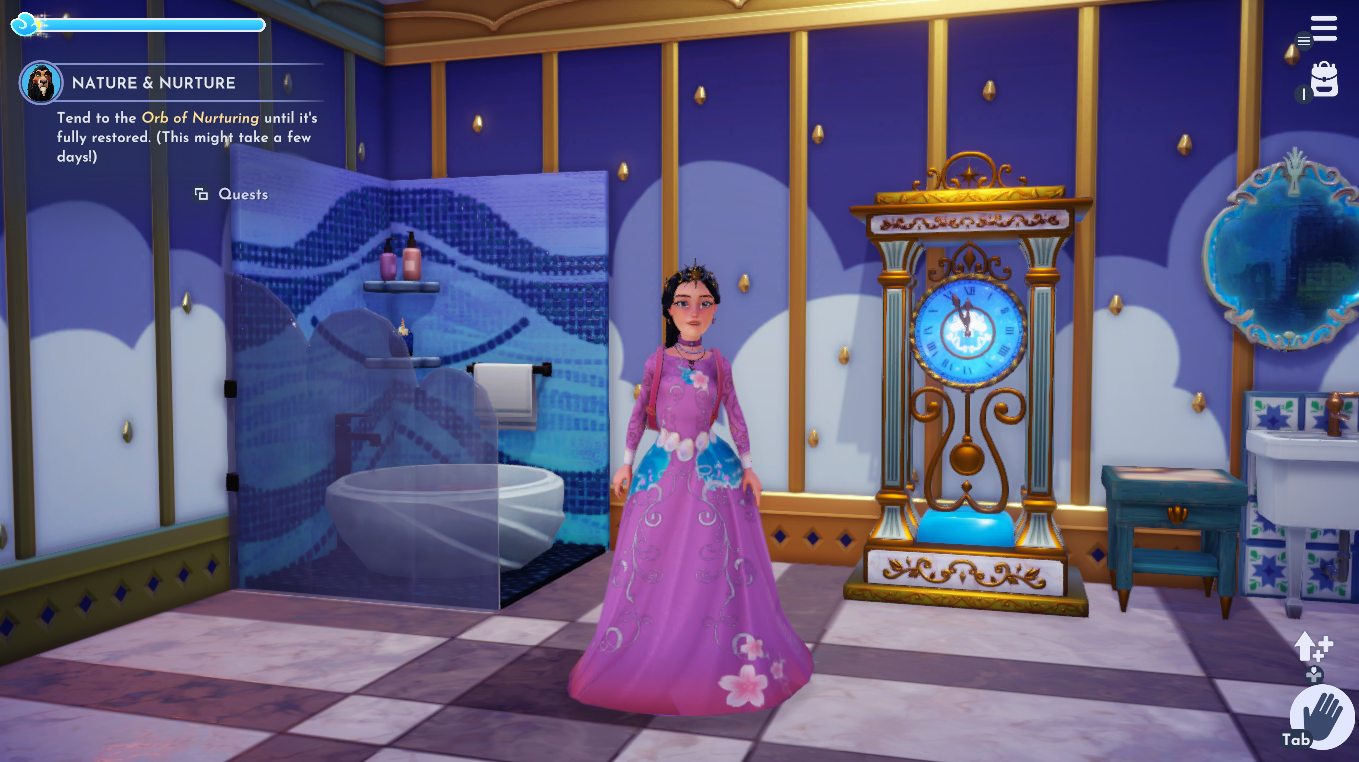 Regardless, finally, Friday night, my Orb was finally ready to be harvested. It’s so pretty and I love all the flowers around it. 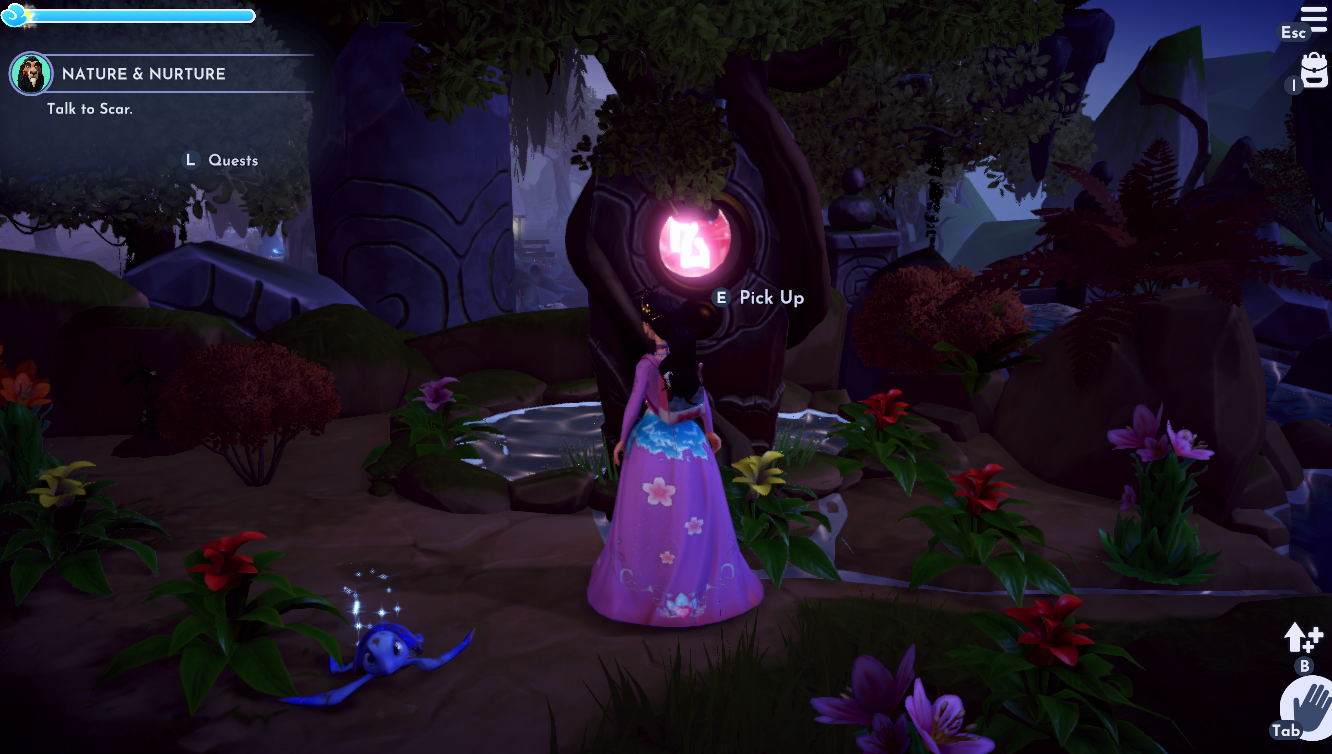 Initially, I planned to set up all of the Orbs around the Plaza, but honestly, it’s going to be very hard to resist putting this one wherever my character’s house ends up being…

I was surprised though that the quest essentially ended right after this. I guess it makes sense, but for some reason I thought there would be more. Regardless, it was onto Scar’s Friendship Quests now. Since he was already level 10, I was able to more or less barrel through them.

The coat is definitely not my thing, but I was very happy to finally get my shovel upgraded to break all those bones. It’ll definitely be easier to go around versus having to go through the Forgotten Lands to get to the other side.

I was a bit nervous about finding the Bones for the next Shovel upgrade, but Mother Gothel’s instructions were actually helpful. The flower was so pretty– I kind of wish we could keep one.

After breaking some bones across the bridge and showing Scar the meaning of friendship, we finally got his precious heirloom which I find very suspicious for things to come… 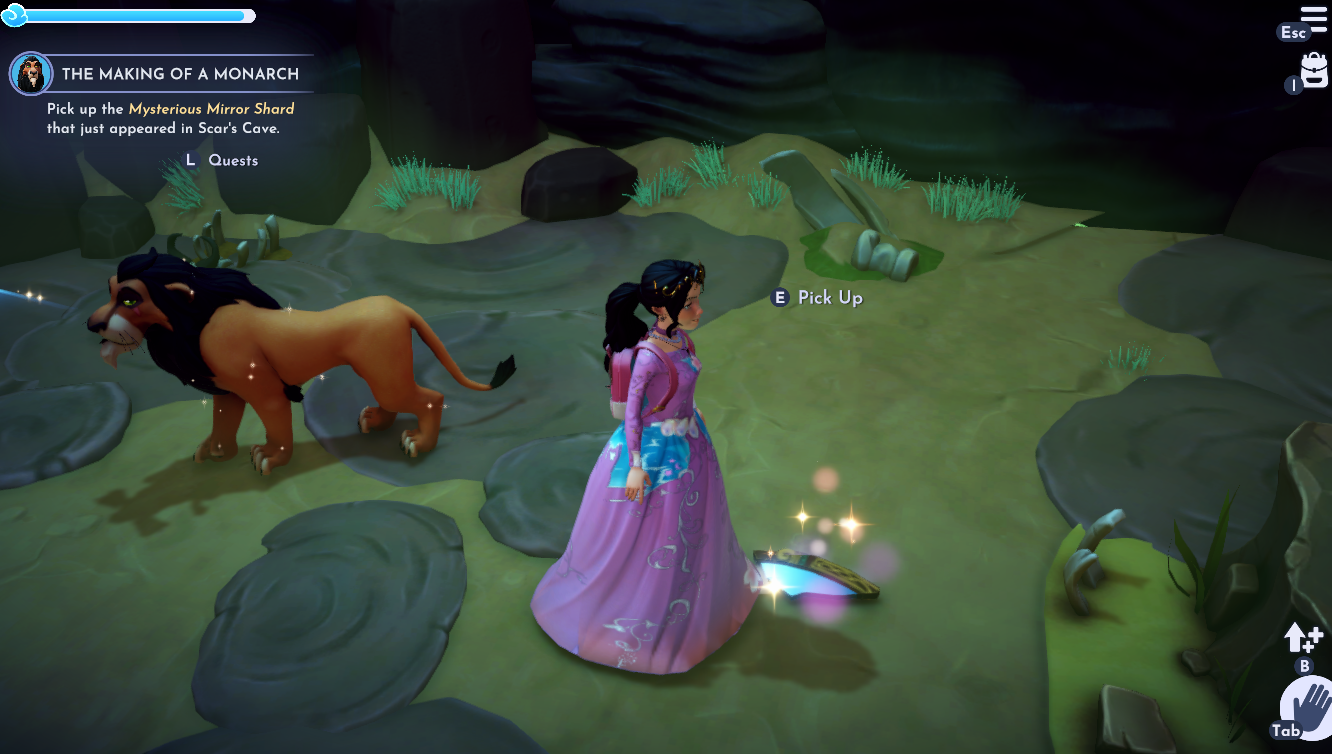 I will say of all the Villain friendship quests so far; I do think Scar had the most friendship character development.

To finish off this entry, with a week left until Halloween, it was finally possible to complete A 3-Course Halloween Meal which was my final Halloween task. After finding one of each bucket and eating each of their respective candies (Red, Purple, and Green), that let me complete the task!

They seem to only spawn in the Plaza at least, but only a certain amount at a time until you need so check back later, so I got lucky getting at least two of each candy color right away.