So, people have been anticipating the Splatoon update in August for many many reasons–the biggest being that it was going to finally let Friends pair up with eachother. That said, the update will apparently be containing much more than I expected. You can read the full source over on BusinessWire, but I will be picking out some of the things that caught my attention the most.

To start, I will bring up what most people were waiting for the update for:

The new update introduces Squad Battle and Private Battle matchmaking options. In Squad Battle, players can participate in Ranked Battle rule sets with friends, rather than being teamed up with other players through a random selection. After a player creates a squad, friends can be recruited to form a team of two to four Inklings. Friends will always play together on the same team and battle against other squads at random. 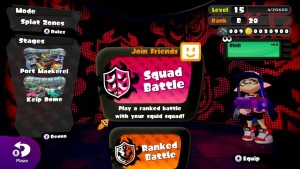 In Private Battle, friends can splat it up in private, customizable matches. Two to eight friends can battle together by selecting their favorite map, mode and weapons. The number of participants ranges from 1v1 to 4v4, but teams don’t have to be even: If the host chooses, he or she can select a 1v4, 1v2, or any other combination of players. 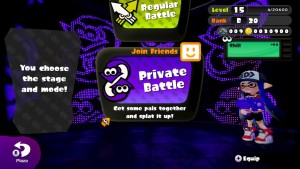 Now I’ll be honest, this has been something I have been both looking forward to and dreading at the same time. I do want to say I am disappointed that you can’t be in a team of 4 versus other teams in Turf War–only Ranked. While you can choose which mode for all 8, it doesn’t seem to work that way for you and 3 friends vs four friends you may not know. It has been confirmed your rank DOES actually go up and you can still earn experience which is pretty neat.

My main reason for dreading though, as I feel once people can set teams, there will be a lot of precedence on roles and what to wear and there has already been stuff building up to that. I just don’t like seeing things get super competitive and knowing I’m not that great of a player, I don’t see myself becoming part of someone’s squad.

Making it even worse is just the fact that there’s still no real local play. I’d love to try things out locally with friends or even a silly 1 vs 1 with my fiancé, but it sadly isn’t possible :(

That said, it’ll be great to finally be able to just play with groups of friends if we want to. The question now is if they will still randomize or if it’ll always be the same four or if there is a setting for it to randomize or not. Considering there is a Set Teams button though, I have a feeling you’ll get to pick: 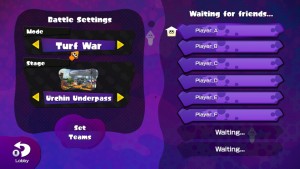 And it seems you can set a password for your lobby too, which is nice. Unfortunately, you do not get experience for this mode which I find… incredibly silly (especially as you do in Ranked and even in Mario Kart 8, if you customize around, you can still earn coins to unlock things). Unless you really want to play around with a mode, the play with friends option is still viable and while it may take longer for it to be all your friends, at least you’ll still learn experience.

Just seems like a really silly thing to me. I would’ve felt it’d have been more likely for Squad Battles to not get ranked/experience so the fact that it is getting it while Private Battles are not completely blows my mind–and not in the good way :/

Moving on, I think it’s pretty cool you can do smaller groups and even a Tag-team kind of thing with two others to take on other Ranked teams as well: 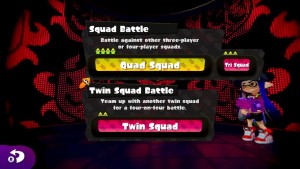 Moving past that, the part that surprised me quite a bit was this:

With this robust new update also comes an increased level cap in both Regular Battle and Ranked Battle modes. After downloading the software update, players will be able to reach level 50 (raised from level 20) and rank S and S+ (both higher than A+).

I did not expect any level cap increasements at all. While I definitely know some people have been really wanting a level increase, I never felt like it was needed. It’ll be a long journey for 30 more levels. I just hope that most of the weapons and new items won’t be locked behind them. Speaking of new items, there will be more than 40 new pieces of gear being added to the game “including everything from a leather jacket to a sushi-chef costume.” For those who may be unaware, the Sushi-Chef costume was actually the winner in the Famitsu Contest: 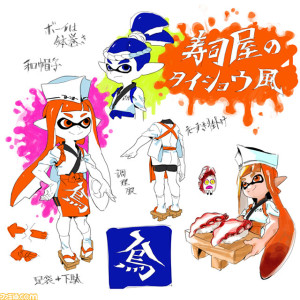 While I don’t think I’ll use it personally, it’s still pretty cool and I’m super happy it’s coming over in the first place–a lot of people were worried it’d be exclusive to Japan. I hope other regions do a contest like this too at some point.

I just hope one of the new pieces of gear is a dress (Poodle skirt to go with Leather Jacket would also be acceptable). With Ninja Squid. Please give me a Ninja Squid dress. Please.

And it was then I was hit with an even bigger surprise–two new weapon types:

While Inklings around the world are enjoying and mastering the current arsenal of weapons in Splatoon, two new weapon types will be available with the update, adding a new layer of strategy to the game. The bucket-like Slosher weapons hurl ink straight ahead at an impressive range. By adjusting the angle, these new weapons can be used to splat opponents who are up high or even on the other side of a wall. 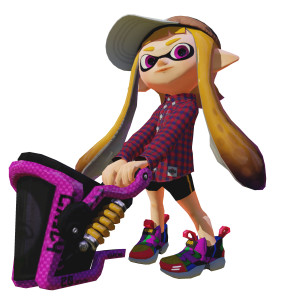 With the Gatling-style Splatling, players can charge blasts of all-powerful ink. A maximum charge unleashes the full potential of this particular weapon type. 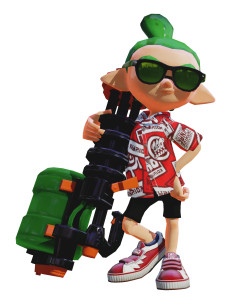 While I don’t see either beating out the Roller for me (after all, both still seem to use aim which is something I do not do well with), I definitely find both interesting and am curious how they will be in the game.

Finally, Urchin Underpass is getting quite a bit of construction too! 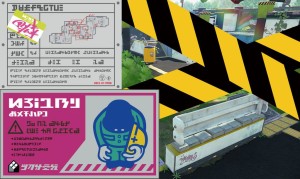 While some of it looks interesting, I actually really like Urchin Underpass. Blackbelly Skatepark and Bluefin Depot tend to be my least favorites with a still undecided opinion on Camp Triggerfish so I’d just have rather seen either of those changed up over Urchin Underpass. I hope I can catch it for a last stroll before it closes down for construction.

So despite some of my apprehensions, I’m honestly really excited and I did not expect the update so soon–I mean, I knew it was August, but I was expecting mid to late August over having it next Wednesday. And rest assured, more stuff is still going to continue to come out!:

Despite its size and scope, this massive August update is not the end of the splat-acular free content coming to Splatoon. Following this update, more content will continually roll out through the rest of the summer and fall, including the Rainmaker Ranked Battle mode, additional maps and new weapons. More details about these additions will be revealed in the future.

I’ll be honest–I was really hoping we’d see Rainmaker in this update! And maybe a new map too. Mostly sad that Rainmaker will still be a bit off, but maybe we’ll see it in the next big (although, probably not as big as this :P) update. What are you looking forward to most? :)