Finally, to end out our lovely top 5 lists today (and with the New Year ringing in not too long now), I want to finish off with my list of games I really hope to hear more about or am hoping for a release announcement for. Games that I really want, but came out ages ago and have received no news to the contrary, will be excluded (Such as Magician’s Quest: Town of Magic and the update for Style Savvy 2). 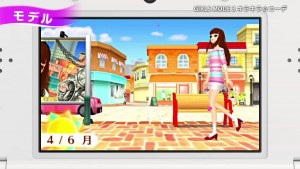 I don’t care that we haven’t gotten the update for Style Savvy 2 (okay, that is a lie, but at this point, there isn’t really much of a reason to get it), but it kills me that we haven’t heard anything about Style Savvy 3. Even Europe got a release date and it came out before we’ve heard anything. While a direct copy from Europe’s localization is unlikely (after all, certain clothing terms vary quite a bit), I find myself constantly wondering why we haven’t heard anything. We’ve always gotten the games before the PAL version as well which makes it even stranger. I just really hope we here something next year and very soon because if not, I’m not sure when we’ll ever get it.

I also hope there isn’t as much “localization” (please give us all the stores and outfits) and “region locking” like certain other games have gotten with their online systems. But I just really want the game. I just want to hear it’s coming. I want a release date. Something. The silence is just becoming more and more depressing and even just some kind of confirmation that it’s coming soon or being worked on would do wonders.

Yep, it’s back on this list too :P We haven’t heard anything since the announcement and while I do feel pretty sure it will make it’s release this year (It is the 20th anniversary afterall), I’d love to hear more about it. Especially as I think it’d be a lot of fun to have at Pokemon Worlds (which I will be going to for my very first time).

Another repeat from the list–but this time for the official English version. If you asked me this question a few days ago, this game would not be on this list, but with the announcement of the animation based on the game officially coming over, I’m hoping it may give an opportunity for something about the English version of PSO2 getting a chance. I know it’s unlikely and honestly, even if announced I’m not sure I’d go over without some kind of transfer system (it’s been too long at this point), but I still can’t help and hope.

This shouldn’t be surprising at all :P I loved the first game so much and the second game looks to take a lot of the first game and make it even better. I just hope the first game did well enough that we can get the second (and all the awesome DLC) as well. My biggest hope for it though is that there isn’t region locking between StreetPass and friends (and hopefully you can actually meet eachother online). 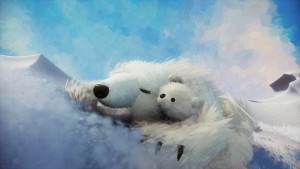 I really loved Little Big Planet 1 and 2 and so I couldn’t help but be intrigued when Dreams, Media Molecule’s latest project, was shown. We still know so little about it though and I’m really hoping more will be revealed in the coming year.

(also, bonus shout out to Ace Attorney 6 which I also hope we will hear about as well for a chance of it to come over)