So, as many of you may recall, I’m looking forward to Miitomo a lot! While I’m not a huge fan of social games (Hate touch screens and just find cellphones kind of annoying in the first place along with many being rather cheaply made or super money hungry when they don’t need to be), I still have a few I play from time to time.

The reason I’m excited about Miitomo though is I just really enjoy answering questions. I always loved taking tests while I was in school and taking online personality quizzes as I just thought they were fun ways to learn things. Sometimes you just don’t really think about how you feel about something until you’re asked. And as a fairly shy person, sometimes answering said question can help a lot with things.

I will most likely be trying to make my same Mii from StreetPass and Tomodachi Life unless there are new options: The website does mention setting personality as well so I am wondering if it will be the same ones from TL or give you a few more options (which would be nice as for some reason my Mii tended to hate poofy dresses due to her personality and I love poofy dresses :( )

I still think more ponytail hairstyles would be nice (Right now there’s only a low ponytail or a high ponytail and the latter doesn’t even have a no bangs option). I just really want ponytail versions of these hairstyles/long ponytails (so maybe they won’t completely disappear in a hat):

I mean, even a longer version of the existing ponytails would be great:

(please ignore how badly drawn this example is)

But I mean, there are longer pigtails than ponytails too. Curly/long/wavy side ponytails or pigtails always seem to make it, but regular ponytails are constantly forgotten and it drives me crazy. Going back to Miitomo, while it does seem like a lot of clothing from Tomodachi Life will be in the game, it looks like there will be new clothing items as well: 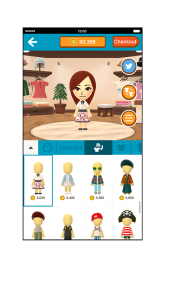 I do not see a color option, but I would think that would make an appearance considering… Items are bought with Miitomo Coins which can be earned just from playing or bought for real life currency. I am hoping that will be the extent of real life purchases and it won’t become a gachapon limited item fest like most other Social Dress-up games.

One of the things the website mentions though is the ability to Mix and Match outfits–I am wondering if it’ll be the same as Tomodachi Life’s (where you can mix the main outfit and a hat/accessory–such as my Mii wearing the Versailles Dress with the Princess Tiara) or if it’ll be much more expanded with each outfit giving you parts such as various shoes to choose from and jackets you can remove and matching a different top with a different skirt and etc. Considering the various icons in the image above (Which look like Outfit Sets, Tops, and then One-pieces), it may actually be the more expanded–I am curious though if the Outfit Sets are literally stuck as outfit sets or are deals if you buy all the items together (which would be much nicer as I’d hate to buy an outfit set just for like… the shoes or top. Or have to skip out on something I really like due to it being stuck to that outfit set).

Moving along, we have Miifotos which are similar to the various Amiibo Card functions. Not to mention Tomodachi Life had them as well: And other social games do too, such as Pokemini: 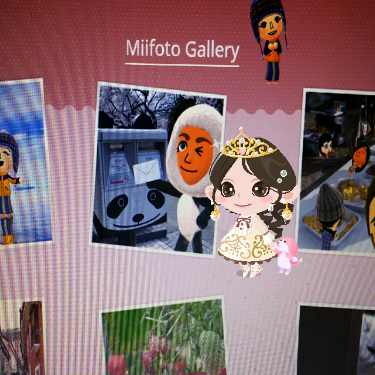 Though, while Pokemini has the option to take a picture while moving your character around, it seems Miitomo will just be focusing on the inserting your Mii into photos after which Pokemini also has: 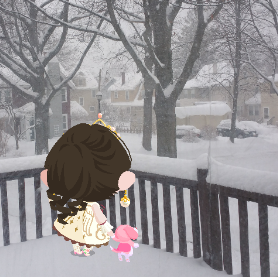 That said, it looks like Miitomo will give more options and be easier to control your Mii’s position: 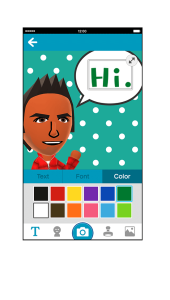 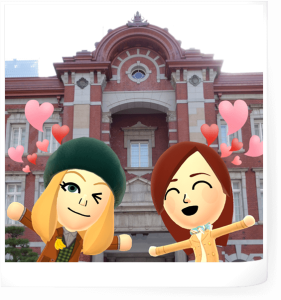 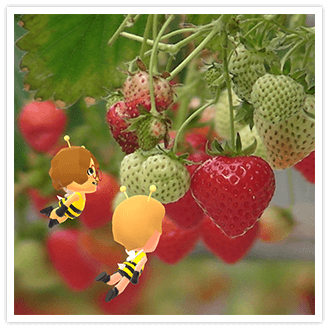 Plus, the pictures honestly look like they will come out much better rather than the quality nosediving after you put the character in.

Of course, you can find out more about Miitomo by going to its website which is also where you can find the Pre-Registration Link! Even if you may not be interested in Miitomo or have a phone that may run it, I’d recommend pre-registering if you’re at least interested in Nintendo’s Club Nintendo replacement–My Nintendo. You can already sign up for your account now and link it to your NNID. But yes, as for why my recommendation, well:

You get Platinum Points for it! While I recall it being said you’d get 100 points in the past, it doesn’t seem to specify here so I’m not sure if that has changed. What points will be used for just yet hasn’t been fully said (Discounts, special items, etc.), but it doesn’t hurt to save up just incase, right? For now, I’m just hoping for more special physical items that Club Nintendo showed (and maybe actually making them appear in each region? Japan got so many amazing things and PAL regions did too like the Captain Toad Lamp T__T) as I feel like all the digital stuff was part of the downfall in the first place.

But yes, Miitomo and My Nintendo will be launching next month and I am super excited for them <3 Finally, for those who have been really wanting a Tomodachi Life update, I'm REALLY close to getting the last couple of items so if all goes well, except several fun newsflash videos and a big entry filled with photos to close off my gameplay of the game :) It's a really fun game and if I ever manage to also get all the couples married that I wanted to with nobody divorcing before I can say anything, I'll be sure to mention that :P But that seems to be even harder than item acquiring, sadly.