A lot of people have been expecting Happy Home Designer stuff right away (and a few demanding in various places :/) and while I really do plan to get to it and it will be the next game I fully put time in, right now I’m just not up to it. We’re currently having issues with the central air system in the house (paired with the fact that pollen counts are high) which means I’m not really sleeping well. I really don’t like making anything I’m not proud of and since Happy Home Designer is a fairly creative-based game, I don’t really trust myself in that category when I am having trouble staying awake lately. Most of the final badge grinding was done just through sheer determination as my energy was already dragged down. HHD isn’t the only thing I’ve had to put on hold right now either. I’ve been looking forward to reading some things and baking cookies and just lack the energy to really do it. I’m hoping I can maybe finally bake those chocolate chip cookies and snickerdoodles sometime this week, but we will need to see. (Plus, we also have a new puppy so… Her name ended up being Brownie).

Going into game stuff, when I’m not feeling too great, my general go-to games are either games I can play with someone else (usually my husband) or games where I don’t need to overthink anything. It helps me still feel productive as I genuinely get really frustrated if all I do is lay down. Taking it easy is hard for me :P

While in this kind of bleh period, an acquaintance was posting pictures of a game with cute horses and I’ve actually been really wanting to play an MMO for quite some time, so I looked it up and decided to try it out which brings me to the first thing I’ll be talking about in this entry–Star Stable Online. My character and my horse, Snowbelle: 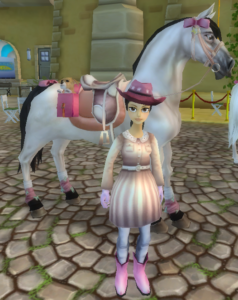 Now, I was mostly expecting a cute horse game (like some of the Barbie horse games), but as an MMO with quests. Instead, I got a game that is a lot more complicated than I expected with reputation systems, a big overarching plot (that gets fairly dark honestly), and a giant open world.

The game is only free up to level 5, which sounds like it isn’t a lot, but leveling is actually pretty slow and you can see A LOT in that time. As for the pay price, it’s $8.50 a month, $21 for 3 months, $35 for 6 months, or $75 for lifetime. The game has two currencies–one paid currency (Star Coins) and one normal. Star Coins can be bought or you get 100 free every week if you are a Star Member/have an ongoing membership. If you want to buy them, 100 star coins is 5.49 and it goes up from there.

I’m not going to go into all the prices, but I will admit the currency stuff is one of the issues I have with the game. All horses and many items are Star Coins only so it can be a while to save up from weekly ones unless you want to pay and the prices to actually buy them feel overpriced compared to the price for the memberships.

You can also only hold up to 10,000 of the normal currency at a time and most items get pretty pricey and you can only really afford one or two at a time. Selling item rewards and quests are the only ways to earn money (and there are so many repeatable quests…), but you only get 10% of an item’s worth when selling it which kind of stinks.

I also wish your horse would level up with you. I’m not too fond of the races (One mistake can completely cost you and make it so you won’t reach the next marker before time runs out) and those being the only way to level your horse (besides paying with Star Coins) is a bit disheartening.

The game is still pretty interesting though and I am enjoying checking in on it despite some things bothering me (or creeping me out) about it. For now, here’s some other pictures I’ve taken in the game: 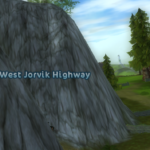 Setting off fireworks in a bottle… 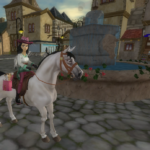 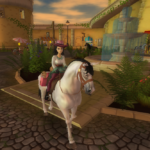 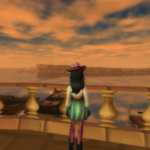 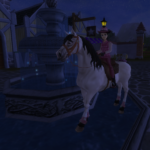 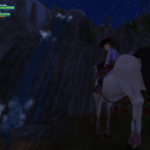 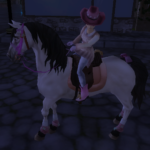 Moving onto the next game, if you follow my twitter and/or youtube, you will know I played and recently beat Travel Adventures with Hello Kitty which I genuinely wish I enjoyed more. I’d really love another game similar to Madeline’s European Adventure–just fully expanded with more countries and I had high hopes for it. On a brighter note, I had lots of fun playing around with the Chanrio Maker for the video layout. I think she came out really cute: 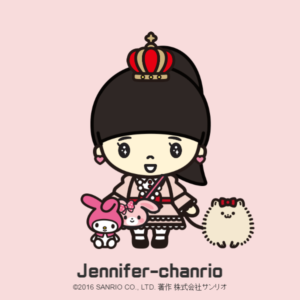 Besides those games, my husband has been enjoying Overwatch a lot and been bringing me into playing with him. The only character I’m even somewhat decent with is Mercy, but I like healing so… I just wish she had a skin I liked. There isn’t a nice pink one (the closest is the Imp skin which I’d rather not use) and I really just wish that every character (especially Mercy and D.VA) had skins is Mei’s Snow Plum color scheme because it is amazing and easily my favorite skin. Unfortunately, I am not very good with Mei.

When he isn’t having me play Overwatch with him, he’s having me play PAYDAY 2 with him. While it’s not really my favorite game (I generally prefer playing good guys), it can still be kind of fun, but also really nervewracking and can get overwhelming very very very fast. I wish you can trade/give eachother masks and colors and things because I get so many items I never will use/want and it sucks to be stuck with them. So many things are achievement locked too unfortunately. Right now, I’m using a tiara: 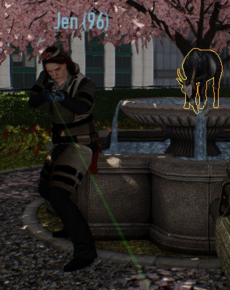 I’m level 99 now so I’ll be max level next… I don’t expect to ever bother with Infamy levels at the moment due to the fact that I don’t want to lose all my skills and I don’t care for any of the items you earn from it either.

Moving onto some exciting things–E3 is next week! While I’ve chose not to go this year for multiple reasons, I am still really looking forward to it. Of course, we already have some pre-E3 hype such as the Pokemon Sun & Moon news earlier this month (of the news, I am most excited about the QR things) and the confirmation that the next Story of Seasons game is being translated: 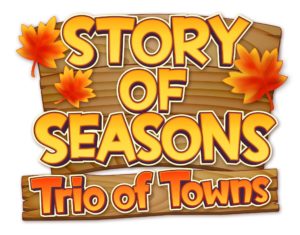 (though, we won’t be getting it until 2017 unfortunately). I’m excited for it, but I’m trying to be cautiously optimistic as I found Story of Seasons super disappointing and frustrating and I just… while I am excited for it (beyond not being particularly interested in any of the bachelors thus far), I don’t know if I will get it if I see a repeat of issues I had with Story of Seasons as it’s one of the games I really just… have no motivation to finish and kind of feel like it was a waste to get it. Maybe I’ll pick it up again one day, but right now…

Regardless, Nintendo announced more of their E3 plans and while I am disappointed there will be no special direct or video for announcements, I do enjoy Treehouse Live… but I enjoy it solely for gameplay–not for news being mixed in and well, now it’s literally both. They’ve already started some of their E3 plans with the latest Miitomo retweet campaign: 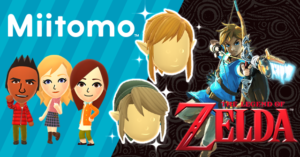 We’ve already hit the 20,000 for both so I’m pretty excited to see what items we may get. While they showed them all for Splatoon, they only show the two wigs which makes me super curious what the items may be. Maybe they will be themed after whatever they show at E3? We won’t start getting any of the items until their Treehouse Live stuff has started afterall. The items will be available the same way as the Splatoon ones were–the items from the retweet campaign, items in Miitomo Drop, items in the Miitomo Shop, and items in My Nintendo. I hope I will have enough reward points for the My Nintendo items, but I’ve been running low recently…

Besides all the cool Zelda stuff, Pokemon Sun and Moon gameplay will also be showed on the first day of Treehouse Live along with Pokemon GO having a special Q&A on Day 2. I’m not too interested in the other stuff they plan to show besides Pokemon and Zelda (and well, I’m at least intrigued by Dragon Quest VII).

I can’t believe E3 is next week. I’m really excited to watch all the press conferences. As always, I’ll mostly keep my thoughts on Twitter unless I find I have a lot to say.

Heading over to non-video game related things, I’ve also been putting time into updates for other sites of mine. Besides continuing to update my Mega Audino collection site, I also have been making sure Star Collector has been being kept up to date. Updates aren’t too often right now (at least one a month, but rare more than 2-3 a month), but once the game is fully going, I’m hoping it will be more helpful.

I also have been poking my head in on Flight Rising a bit again due to it celebrating its 3 Year Anniversary and the new color update. While I adore my dragons, I really hate how expensive lair expansions are and everything about the food system (along with just finding it hard to earn money on the site). Regardless, I managed to expand my lair a bit recently and this is one of my most recent dragons I have gotten: 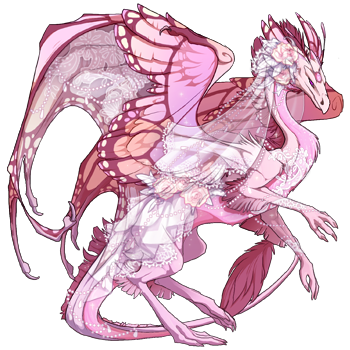 I still have a lot I want to get, so maybe one day.

But yes, that’s it for now. Hopefully activity should increase either during or after E3 :)

Short version: Updates are kind of slow right now due to various reasons, constantly bringing it up/demanding certain things will not change that, they will continue soon, but I am doing other stuff even if it isn’t clear from my blog/youtube.