So, as I mentioned yesterday, I would be talking more about Ooblets today!

I was so excited to see a new trailer that not only showed a bit more of the customization aspects (with a clothing store and getting your hair done), but also more areas and even two new Ooblets, Glanter and Snurfler. I just genuinely can’t wait for the game? It looks so cute and charming and it’s really going to be a game I can see myself doing both updates here and videos like with Animal Crossing. 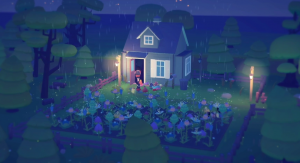 I can’t wait until it comes out next year. Dooziedug and Petula are probably my two favorite Ooblets right now, but they’re all incredibly cute.

I will say though that I’m not sure what exactly is with the PC Gaming Show, but it always comes off a bit boring. When it shows Game Trailers, great, but things like random commercials and long spiels are just often kind of awkward. Despite that though, I was happy to finally see another game capture my attention–Tunic. 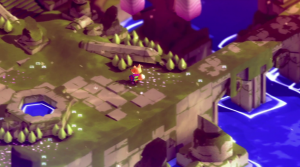 The trailer mostly walked through some combat and a few level designs, but it’s really pretty and I love the isometric style of it. Unfortunately, they didn’t really say much about the game–I’m not sure if maybe they would have if sound didn’t cut out, but oh well. The game is actually about two years old now having originally been called the Secret Legend. It’s nice to see it back and looking forward to playing it in 2018 :)

Oddly enough, even though I know Sea of Thieves will be on PC and it’s how I plan to play the game, I wasn’t expecting to see it on the PC Gaming Show and was excited to see it pop up. The Mixer stream was… glitchy, sadly, so I was excited to see more of it today. I signed up for the Insiders Programme so fingers crossed <3 Ylands was up next and definitely looks pretty interesting to me. There was a lot I really liked about it and since you can make your own kinds of things and visit others' creations, I feel like it'd give me a lot to do similar to how much I played LittleBigPlanet. 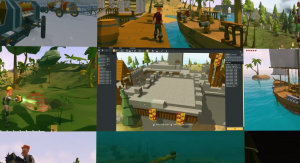 My only worry is about the Survival part. I don’t care much for Survival games and just don’t really enjoy them. I prefer things a bit more easygoing. Regardless, if it can be turned off (which, the site barely mentions the feature at all so maybe??), I feel like I’d enjoy the game a lot. I hope you can customize the player character too, though.

The PC gaming conference was definitely longer than I expected it to be, but I’m glad I found a few things that interested me during it.

Ubisoft’s up next and I’ll be honest–I’m happy they didn’t go to a celebrity host this year. I haven’t enjoyed the hosting of their press conference these last few years now and the jokes were just… never funny. That said, it is Ubisoft so even without a celebrity host, I’m still expecting things to be kind of crazy.

Mario + Rabbids Kingdom Battle was first up and even though it was essentially leaked already, I still have no clue how to feel about it. The Rabbid in Peach’s outfit is cute. Also Miyamoto bringing out the lifesized weapon was kind of cool too: 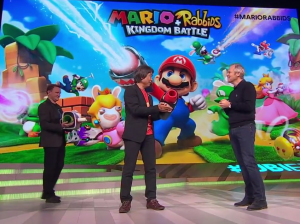 I’m still going to wait to see actual gameplay of it to decide, but I don’t really think it’s a game I am going to want to play just from the promotional material and information alone. At the very least, the world DOES look quite nice: 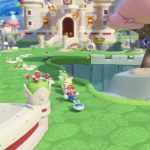 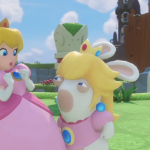 But I’m not too into the combat itself so I feel like it may be a game I’d rather watch than play myself. I mean, it does look fun and silly, but I just don’t think I’d enjoy that kind of combat system. I do like the cute little bunny-robot thing that moves them when in combat, though.

Similarly, Skull & Bones got my attention from the graphics, but considering the main gameplay sounds like hardcore PVP which is like… one of my least favorite kinds of gameplay, I’ll most likely end up passing on it.

It was then time for the annual Ubisoft concert to go with Just Dance and it was probably one of the most eclectic group this time. I liked the Panda though. 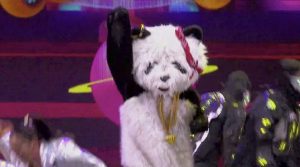 The Panda was cool.

So, the first game I wasn’t expecting that I got interested in was Starlink: Battle for Atlas which features ships that you essentially can own and customize in real life and play with in the game and yes, please. My husband will probably talk more about it, but we’re likely getting it for the Nintendo Switch–especially due to the neat Joy-con Add-on. In the meantime, I really like this ship: 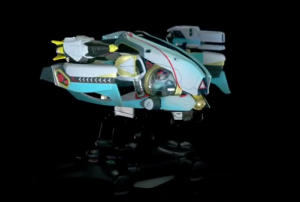 Fingers crossed for a light pink one.

Also fingers crossed for more Imagine games, but considering it’s been four years since the last ones, my hopes and dreams are already crushed there. More Imagine Detective games would have been nice (SPEAKING OF DETECTIVE GAMES, I STILL WANT DETECTIVE PIKACHU. I will continue this discussion tomorrow with Nintendo). Going back to things that were actually being shown during Ubisoft’s press conference, Beyond Good & Evil 2 looks quite interesting. I never played the first game, but I still find myself intrigued by it. 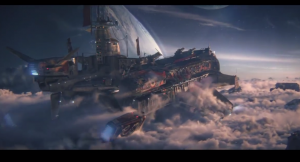 Surprisingly, I feel like Ubisoft actually did pretty well? Between the hype from Miyamoto showing up, mostly focusing on the games and when they were talking about them, actually keeping it interesting… Like sure, there was the one weird concert part for the latest Just Dance title, but besides being expected, it was actually shorter than usual? And still kind of worked? I definitely didn’t like everything (I still don’t see the appeal in South Park at all for example) and heck, I may not even get any of the games shown (Maybe one??), but it was still really enjoyable and I feel like it’s been a long time since I felt that way from a conference.

So, I didn’t expect much from the pre-show, but this locket for the special Undertale physical edition is beautiful and also a music box and I need it: 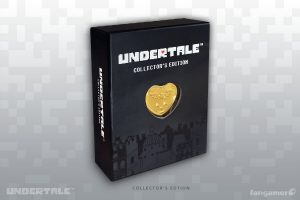 Moving on, I just really hope Sony fixes their issues because there have been so many audio issues and we haven’t had any stream buffer this much. It’s a little better on Twitch’s stream for it, but even their audio is kind of messed up. But well, at least we have sound now.

I don’t have much to say about Marvel vs Capcom Infinite, but it seems less like a Versus and more like an Alliance. Still looks kind of interesting though. They then got into their VR section which is frustrating because I’m just… not a fan of VR and Moss looks so cute and interesting, but I just would not play that as a VR game and I wish it could be a normal PS4 game. 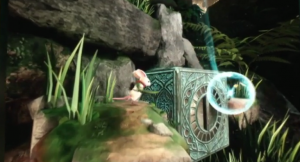 Like I would probably buy this at launch/preorder it if it was a normal PS4 game? But nope, VR only :/

Detroit Become Human still looks quite interesting and this was a completely different trailer compared to the first we’ve seen. Still no release date though… I’m not sure if I’d personally play it, but I think it’s a game I’d really enjoy watching.

We then got to see more of the upcoming Spiderman game which just… genuinely does look really good. Another game that I’d be watching over playing myself though. The conference was definitely a bit shorter than I expected, honestly. I guess because they showed a decent amount during the pre-show, but still. All the technical issues were terrible, though. I still want to know who this character is though…
Edit: She has been found–apparently from Valkyria Revolution which came out in Japan a while back. It does look interesting! Also I want her dress in real life.

I think Ubisoft, surprisingly, was my favorite for today. Tomorrow is Nintendo’s and the start of Nintendo Treehouse Live so I’m looking forward ot it!