So, for those things that didn’t have a press conference, that is what this is for :)

So, before Nintendo even got to their Treehouse Live stuff on the 14th, last week they actually started a Miitomo campaign for Zelda as I mentioned in my last entry:

The shirt shown in the above image was added to a Retweet reward for hitting 40,000 and we managed to get about 44K total before the time ended. There was even several special MyNintendo Missions for more coins which is good as some of the items will be available on MyNintendo.

And while technically this happened after Nintendo’s Treehouse Live started, I wanted to at least talk a little bit about the new items: 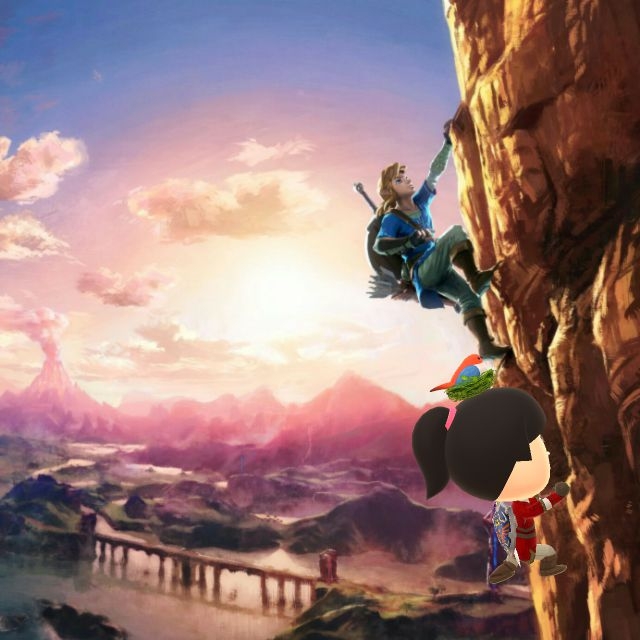 In general, I really wish there were some Zelda items. They had some of Link’s older outfits so I feel like an old Zelda outfit + wig would not have been that odd?

Regardless, they had one item in the Miitomo Shop (Master Sword + Shield), one item in the MyNintendo Rewards (Bow & Arrows), and then the Miitomo Drops with various shirts, a hoodie, Link’s new outfit, and Link’s old outfits, plus the matching hair (and hat with the hair for the old outfit). They are all really nice, but I still think it was a bit of a missed opportunity to only include Link’s clothes.

Moving onto Treehouse Live stuff, an image from the upcoming Zelda game had been leaked and so Nintendo revealed the full version:

As I love rocks and rock climbing, this was pretty exciting to see and it’s honestly just beautiful to look at.

But yes, with that, now to the actual showcased Treehouse Live stuff!

They started off with showing us a first look of the upcoming Zelda and I loved seeing all the Animals: 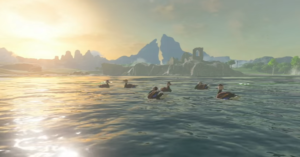 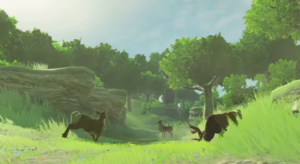 It looks so pretty. They showed so many new features you’ll be able to do and finally gave a full name for the game–The Legend of Zelda: Breath of the Wild. I’m already excited for it.

We then headed to Pokemon before we saw more of Zelda. And wow, am I even more excited for Pokemon Sun & Moon now. I love the changes to the battles–the bottom menu looks amazing: 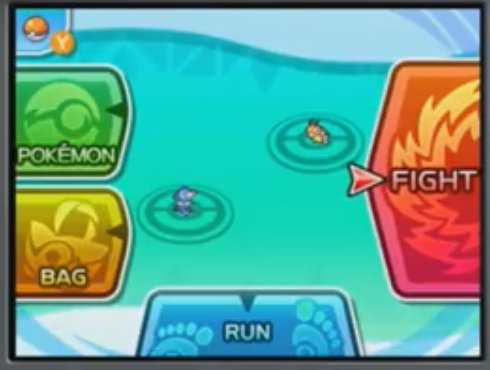 Your trainer being behind you is awesome and is great for immersion, not to mention just how much grander the backgrounds are when you are battling: 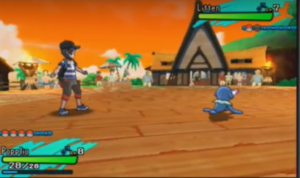 And just making things so helpful like telling you when things are effective or not (And Popplio actually has a fairy move! Definitely makes me think it really could end up Water/Fairy): 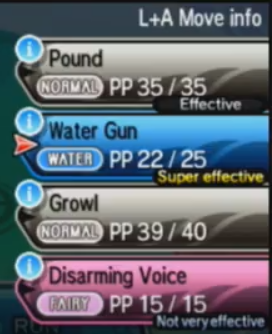 Plus the trainers now have their own animations:

It just makes the world feel so much more alive. We even got to see two new Pokemon–Yungoose and Pikipek–the latter which was showcased in the original footage being modeled.

They are both cute, though, I don’t know if I will use them on my team.

Finally, they showed a new Battle Royale multiplayer battle mode and while I don’t think I will use it, I’m super excited because they showed trainers in different outfits:

And confirmed, yes, “You can definitely customize your outfits in this game” so thank you!! I hope we can do hair color/style and eye color changes again too. Meanwhile, they uploaded a trailer showing another new Pokemon–Grubbin!: 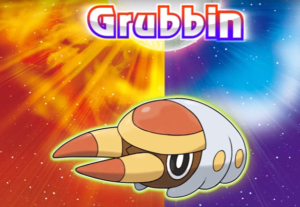 It’s really cute! We also got to see Magearna in action: 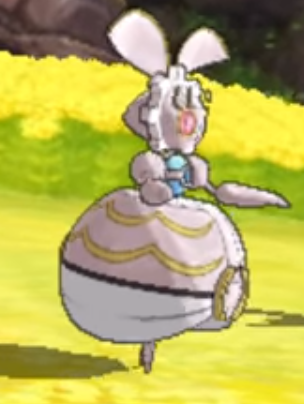 And the website confirmed Magearna would be given out through a QR code!

Then, it was back to Zelda! It really does look so great. I won’t go into it too much, but I just want to know more about it. Due to the Korok, it is likely this game takes place after Windwaker (possibly in Old/Original Hyrule?): 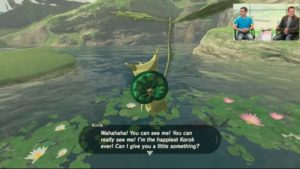 I have mixed feelings on the durability system–I really dislike that things can break, but I love all the different equipment. Also, you can scan in Wolf Link to be your partner in the game for a while which is really awesome: 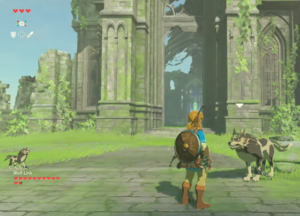 I’m really curious what other Amiibo functions there could be… (Can we scan Zelda and play her along with Link?? *dreams*) Apparently there is no “partner” in the game so I’m guessing the voice we hear at the beginning is Zelda. I really wish they would’ve shown her at some point–I’m so curious about her design.

Besides games, we also got shown some new Amiibo such as these three for the new Zelda: 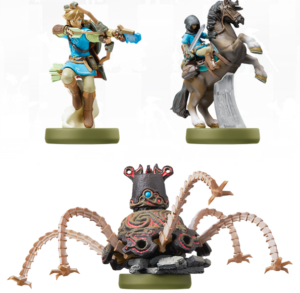 And a bunch of new Mario series Amiibo: 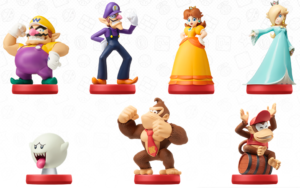 We’ll probably at least get the three new Zelda ones. As for the Mario ones, I am tempted to get Boo and maybe Rosalina (I already have the Smash one so not sure if I really need both–it does look nice though). I also really love how Diddy Kong looks in this set, but while I like Diddy Kong, I don’t really feel the need to get an Amiibo of him. I still want a Dixie Kong Amiibo.

They also showed off their Show Floor which just looks absolutely amazing and makes me incredibly upset that we weren’t able to go this year: 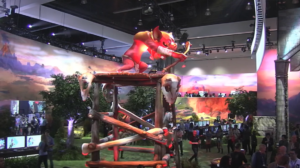 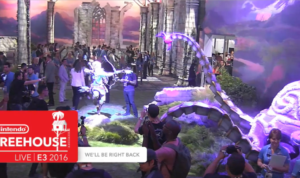 But yes, that was it for the first day of Nintendo Treehouse Live so let’s move on to day 2!

It kicked off with a Q&A for Pokemon GO and while I continue wishing to get into the beta, I was excited to hear more information. They also confirmed that all Pokemon will be available eventually which is great. Pokemon GO Plus also still sounds amazing and super handy. Pokemon GO is currently schedule for release in late July which is sooner than I expected, but I’m excited–it’ll be like a belated birthday present. We also got the price-point for Pokemon GO Plus and it’ll cost $35. Definitely a must buy for me. The fact that you can actually catch Pokemon through it and it’s not just an alert thing is so amazingly handy.

Despite being roughly 40 minutes long, I felt it was rather short and there weren’t really enough questions asked. At the same time, we did get a release estimate and a price for Pokemon GO Plus (which is now up for preorder on Amazon) so I’m still excited. I just kind of was hoping they would have mentioned letting more people into the Beta. Knowing it’s only about 6 weeks away though, I think I’m okay if I don’t get in, but I’d still like to.

Nintendo then announced a new IP–Ever Oasis. It’s an RPG and the graphics reminded me a lot of Fantasy Life. 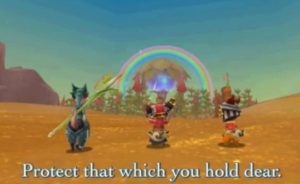 It seems to have more of a set plot (Like Zelda and Final Fantasy) so there isn’t a character customization option, but it’s still pretty cool. I especially liked Isuna’s design: 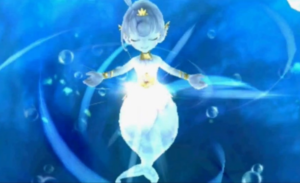 And the adorable Owl-Penguin NPCs: 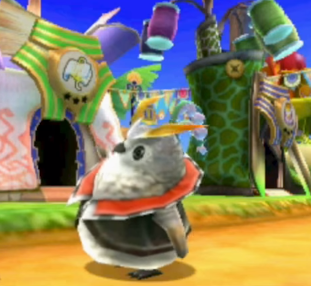 You actually get to build up a town a bit and I might have to get this game.

Mario Party: Star Rush, a new Mario Party for the 3DS, was announced yesterday and shown on Live today. In the announcement yesterday, it was mentioned that everyone moves at once and while I’m not sure how I feel about that, at least we’re not still in a car. They started with a mode called Toad Scramble where everyone is Toad and you play on a weird tile map. Other Mario characters are allies who can join up with you. Boss Battles also seem to make a return. It turns out the main mode is unfortunately Toad Scramble and the minigames are boss battles and when battling with others to get their recruited allies (similar to Smash Brothers’ minigame) which is pretty disappointing. Maybe it’s more fun to actually play, but I prefer more minigame centric and full boards we can walk around with a large cast of characters we can choose. I would have liked this more as a side mode.

After several things I didn’t have much interest in, they brought up the upcoming Paper Mario! Ignoring the… very interestingly narrated trailer, I just really hope Huey won’t be the only partner for Mario. Even though they said in the trailer the symbol was from Prism Island, it reminded me of something else personally (and think it could have been a good tie-in to Sunshine): 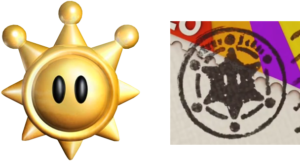 I feel like Paper Mario is better when they work on characters and plot versus gimmicks.

They then switched to more of the new Legend of Zelda, but nothing specifically caught my eye and it looks like we still won’t see Zelda’s new look for the game anytime soon unfortunately.

That was really it for stuff I felt like talking about and that finished up Treehouse Live at E3. While I do enjoy watching the gameplay shown on Treehouse Live, I still wish they did a Direct or something for announcements. And had a proper schedule for what was when today @-@ But it wasn’t a big deal.

Games that were only shown in video outside conferences and Treehouse Live will go here! As a reminder, I already spoke about the upcoming Story of Seasons and new Harvest Moon game in previous entries so I won’t be mentioning them again here!

So to start us off, Riverside!: 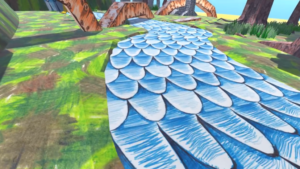 It doesn’t really show a good idea of what it’s about, but it’s an upcoming game for NX and the art style looks pretty amazing. Apparently you can change the textures up which kind of lets you customize the world and it reminds me a bit of Tearaway so I definitely want to keep an eye on it.

LEGO Dimensions–it was announced last year and is doing well. I love LEGO and how many series they are bringing in, but at the same time it’s also something I’m not too big on. I’m really picky with crossover games and just not a fan of most of them (I’m okay with Party games like that or if its just cameos, but have very mixed feelings on full plot entanglement). I think it looks cool and is nice to see so many characters I love, but I’m just not a fan of those type of games (Disney Infinity + Skylanders) so I think I’ll still pass on it. Like with Disney Infinity though, I may at least get the characters I want just to have.

Blazblue: Central Fiction will be releasing in Japan in October and should be out here this Winter. 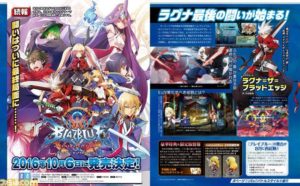 I really love the games and want to learn more about the stories and characters. Rachel is my favorite character.

Phoenix Wright: Ace Attorney – Spirit of Justice – I’m excited! I’m glad Maya is going to be coming back and it looks really interesting. I also really love Rayna’s outfit and I’m looking forward to being able to play later this year. 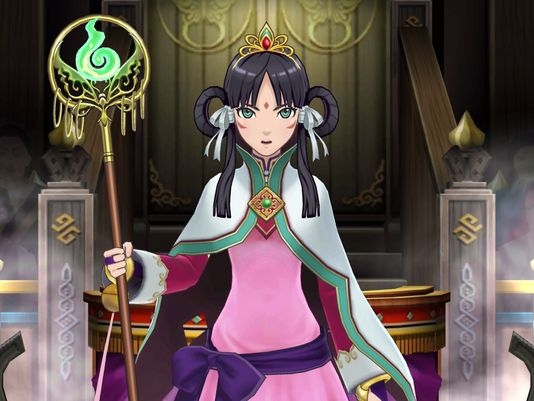