So, this covers the rest of the press conferences from the last two days. I’ll probably add some stuff from Nintendo’s Treehouse later as they usually include some bonus details, but for the most part, this is focused on the conferences themselves. As a final note, while we did watch all of the conferences (including the “smaller” ones like Limited Run), I’ve only included ones where I had something to say, whether it be in general on what was shown or due to a game being shown I was interested in so any not included are just because I literally had nothing to add beyond that I watched it ^^;

I also apologize for the delay a bit with this! I had been sick and had… a lot of feelings about Pokemon and Animal Crossing but here we go!

To be honest, we originally debated on skipping this conference. We don’t have a VR headset and at the current prices, it’s hard to say if that’ll ever change.

I also just don’t personally care much about the concept of VR. I don’t like wearing some headset (or things on my head/face in general) and most of the gameplay I’ve seen for the games that DO grab my attention could easily just use the mouse or keyboard to play versus needing to work through VR which would also make them more accessible to people too.

Despite my frustrations with VR, I’d be lying if I said none of the games caught my attention. I did think these looked really fun and would want to play them if they weren’t VR– The Curious Tale of the Stolen Pets and Garden of the Sea.

The Curious Tale of the Stolen Pets, despite a bit of an odd trailer, just looks absolutely adorable with a mystery you need to solve by traveling through different minature worlds and solving puzzles. The graphics are adorable and I wish I could play it. 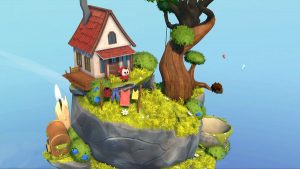 Meanwhile, The Garden of the Sea is kind of a cross between Animal Crossing and Harvest Moon–you have a small cottage in a magical world and can grow a garden, pet cute animals, and explore the area. I always enjoy these types of games. 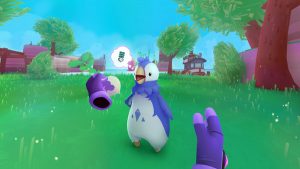 Honestly, I’d love if maybe a version of these games was considered not in VR, but I know it’s unlikely. I also wanted to just say that Dance Central VR reminded me of an old dance MMO you could play with the keyboard where you could dress-up your character and I’d be tempted to try that too, again, if not VR.

PC Gaming Show’s issue continues to be with the pacing and just what they focus on as their panels always feel like they are going on forever and not in a good way. They focus a lot more on how a game came to be versus the game itself and most of the time, I found myself having to go back to see what game they were talking about as the title was only flashed for a moment.

That said, despite the slow feeling of the show, one game did catch my eye– Cris Tales which takes inspiration from classic JRPGs and has an interesting time mechanic where you can switch between the Past, Present, and Future and your choices/activities will effect things. 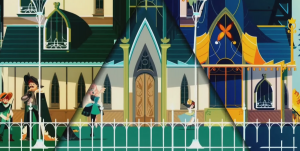 The art style is super pretty and I really enjoyed the music in the trailer as well. There’s a demo up on Steam until June 24th and I had a lot of fun playing it :) It’ll be up on my channel early this morning.

Also, if you find the premise interesting, Destiny Connect: Tick-Tock Travelers also has a feature of traveling in the past to solve a mystery in the present which is what seeing this game made me think of.

Ubisoft started off with an orchestra of Assassin’s Creed music which, while odd, was still nice to listen to. And of course, being Ubisoft, we did eventually have a full dance party with the dancing Panda and everything for Just Dance (Speaking of which, it’s nice to see them continuing to make it for the Wii as well as a lot of hospitals use it for physical therapy to help patients, but I was kind of surprised the Wii U wasn’t used–I mean, in theory it makes sense, but it was still surprising to literally see a later console skipped). Honestly, if Ubisoft ever doesn’t do a dance concert thing for Just Dance, I’d be concerned.

Finally, the only other thing I really need to say is I’m disappointed to see yet another gaming company doing a subscription service. In general, I’m not a fan of subscription services, but the biggest reason for why I’m not is I just… get so little out of them. There isn’t even to pull me in. It’s bad enough how many things have their own launcher now on top of it.

I’m probably the only Final Fantasy VII fan who really has little interest in the HD Remake. In my defense though, I don’t care much for HD Remakes in general–I’ve played the game before and unless there is new or changed content (*coughlikeAerithcansomehowlivecough*), there isn’t any real appeal to me. Also I do not want to see my favorite character die in high definition.

Moving passed that, Dragon Quest Builders 2 looks like a lot of fun. I had really wanted to play the first one and even downloaded the demo, but just didn’t have time. I’ve been told the 2nd has everything the first does and is a huge improvement (though, I will miss out on items that are given for having played the first game) so I’m hoping I’ll at least be able to pick up this one.

Even though Square Enix didn’t have much that grabbed my attention, it was still nice.

Finally, we have Nintendo which definitely had the game I’m probably most excited for. Firstly, we got two new Smash announcements. While I’m not really playing SSBU anymore, I was really excited about both characters that were announced as I know how many people have been wanting them. Dragon Quest is huge and Japan and so many people I know, myself included, played Banjo Kazooie and have really fond memories of it (here’s hoping it brings us a new Banjo Kazooie game too!). For me, I actually can’t really think of a character I would be all OMGIWISH*name*WASINSMASH. I mean, sure, I have favorites where if they were in Smash, that’d be cool, but I have several characters I enjoy playing as and one thing I’ve learned with a lot of Nintendo’s more competitive games is what I like best and how I play are two completely incompatible styles, unfortunately. On the bright side though, this means I can’t be disappointed. I think, if I wanted anything, it’d be to customize certain fighters with other appearances or options or even be able to adapt certain fighting styles as your Mii. That’d be kind of cool.

I’m also excited for Luigi’s Mansion 3 between Polterpup’s return, full on character/portrait ghosts, and multiplayer, this feels a lot more of what I wanted from a sequel than what we got with Luigi’s Mansion 2. 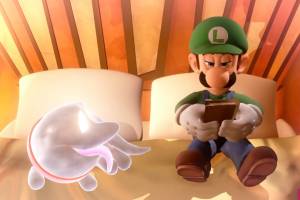 We also have Link’s Awakening which I never played, but just find this style super cute. AND THE AMIIBO LOOKS AMAZING: 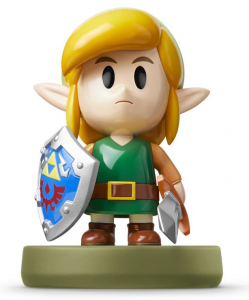 I hope they make a Zelda one too.

Pokemon Sword & Shield still genuinely looks amazing. My only real worried with it are the National Dex concerns in the sense of where my Pokemon will go–as I mention there, I don’t mind if I can only play with Pokemon in the region to start. I usually do that anyway. But please let me bring over my other Pokemon after I finish the game :/

Similarly, I really want to see more customization. With silly things locked in Sun/Moon (colors) and Let’s Go Pikachu (Outfits and you were stuck with one set appearance), I want to hope this game will be a bit more “freeing” in options and not lock you out of things because that kind of ruins the point of customization.

Also Wooloo and Yamper are adorable. 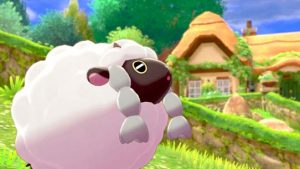 We also had Mario & Sonic at the Tokyo Olympics which, honestly, I still love these games. They’re genuinely pretty fun. I can’t help but be excited for it.

Finally, and of course, the most important game of the press conference for me: Animal Crossing: New Horizons. Now, you probably already know from Twitter and one of my previous posts, I’m very excited for it. But I’m also really happy and relieved that I AM excited for it.

On one hand, it should be a no brainer right? I think anyone could tell you how much I love Animal Crossing and how passionate I am about it, but between Happy Home Designer (which I really do love, they just needed to vary the themes a bit), Pocket Camp (which just missed the point of AC and burnt me out beyond reason), and various personal things, I was worried I was burnt out and wouldn’t care.

But I still care. I care a lot. I have so many feelings about it, feelings about friends I made with New Leaf and everything before things just became… sad and frustrating. And I just can’t wait. All I keep thinking about is what I’m going to do, how I’m going to set it up.

And I was so worried how I’d ever make anything even close to my New Leaf town, but now I have… new inspiration. I still will generally follow in a similar goal, but with a bit more natural element. The big thing is I want to not use any patterns for the floor/island itself. In the house? Sure, but I want to do all paths and water effects naturally and I’m hoping a lot of those items from Pocket Camp will make it over.

I can’t say enough how much I’m looking forward to playing and having a daily blog and video series again. It’ll be great. It already looks so beautiful. 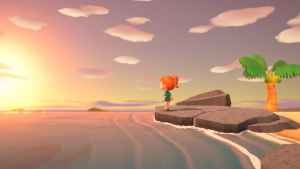 Overall, I think the press conferences I enjoyed the most were Microsoft’s and Nintendo’s. The announcement for PSO2 was easily the most surprising for me, but the game sticking for me the most is Animal Crossing: New Horizons, which I’m thankful for as I was really worried Pocket Camp and some personal situations may have ruined that for me. I can’t wait for PSO2’s English release and to be able to play Animal Crossing again <3 For me, this was a fun E3 though and there's definitely a lot to look forward to so 2020 should be a good (although expensive) year.